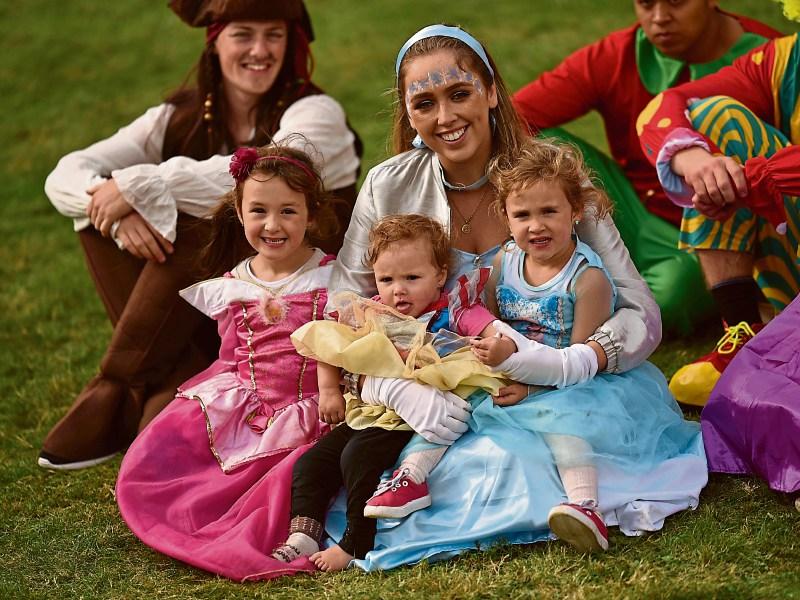 Cinderella and her pals

A huge crowd attended on the day, many of whom entered into the spirit of the occasion by dressing up in fairy and elf costumes.

According to organisers the fairy trail with doors donated by the Irish Fairy Door company was a great success and really sparked the little ones’ imaginations. Some of the children were seen knocking on the giant fairy doors created by Athy Mens Sheds specially for the event.

They enjoyed storytelling with the Fairy Queen from Silken Thomas Players and free workshops from Ania’s ceramics, Kildare, Kanikiando, Recreate and Kids on the go fitness classes.

The highlight of the day was the Fairy and Elf parade sponsored by Fitzpatricks Garages and led by the Kildare Rose, Meadhbh O’ Sullivan and by the characters from Silken Thomas Players with prizes for best dressed fairies and elves.

Karen Leigh, CEO of Sensational Kids said they were overwhelmed by the response they received to the event. “We were delighted with the response and support of our event. Due to last year’s successful event at the National Stud, people had pre-booked tickets from February. Our volunteers did an amazing job in very windy conditions to ensure everyone had a great day.”