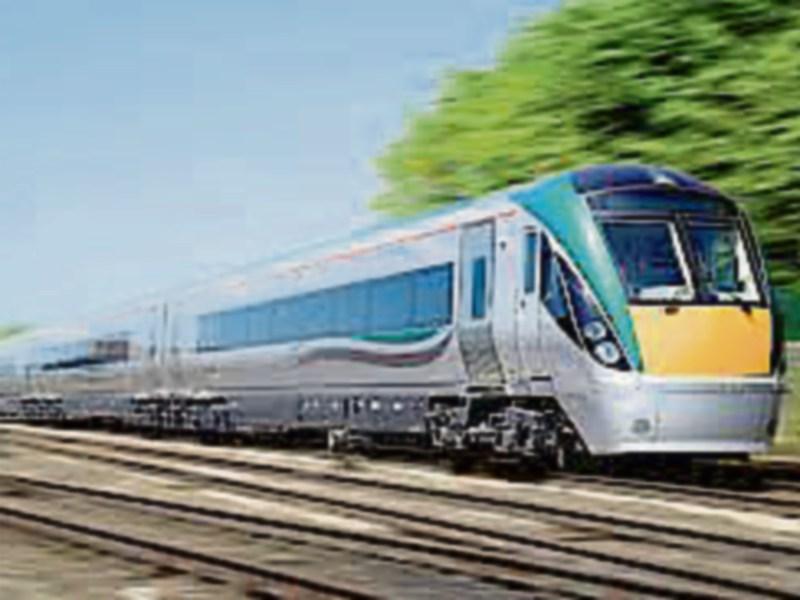 The planned train times simply will not suit modern workers

The worst part of the commute, when I studied and worked in the capital but lived at home, was changing from train to bus.

Headphones in, squirrelled down into a seat on the early morning train from Newbridge to Dublin, I half-dozed my way up to ‘town’.

But there was a rude awakening in Dublin when I had to transfer to a bus.

It involved queueing in the heat or the cold or with rain trickling down my back, battling with crowds or umbrellas and wondering if I’d get another seat.

The new draft train services timetable, which promises a continual trip from Newbridge and Celbridge into the heart of Dublin city via the Phoenix Park tunnel, was widely welcomed last week.

It will add not only a few more trains to the capital, but will provide the all-important ‘door to door’ service for those working in the city centre and the Dublin docklands.

That is vital, because using several modes of transport during a commute is tiring and dispiriting, not to mention more expensive, and one of the factors that might nudge someone towards using the car for their daily trek.

Ireland’s commuter transport infrastructures is notoriously disjointed and seems to have been planned with little thought as to the hardships that inflicts on users — and we’re paying the price for it with the ‘catch-up join-up’ works to fix the Luas system.

The new draft rail timetable is currently open for public consultation and, all going smoothly, will reportedly be implemented by the end of this year.

No doubt many hopeful Kildare commuters, who currently have to sprint for the train to grab a prime spot in the Luas queue at Heuston, will have cast an eager eye over last week’s announcement.

While it is broadly welcome, it is hoped that the first raft of services will be just a start.

Unfortunately, one major gripe so far seems to be that the service from Newbridge is neither frequent enough nor runs late enough in the evening.

There will be just six direct daily trains from Newbridge (also serving Sallins) into Grand Canal Dock, and four going the other way. (More services leave Hazelhatch and Celbridge, but using those would again involve a change for the passenger).

A major problem seems to be that the services leaving Grand Canal Dock for Newbridge are too infrequent and run too early in the evening.

A very real concern for commuters choosing their mode of transport is flexibility and choice, and how it can accommodate the demands of their working life.

Unfortunately, this train timetable seems to have been drawn up with the ideal of the employee who clocks off at half past four, on the dot, in mind.

Think of the modern Irish and international companies that are located in the city centre, IFSC and the Dublin Docklands — organisations with both foreign clients and head offices, where the working culture is less two tea-breaks a day and working regimented hours, and more constant, always-on employee availability.

And that’s to say nothing of the commute on foot between the office and the train station, or the need to stay late for just one more task, or to go for a sociable, but networking-necessary, drink on a Friday night with your colleagues.

Kildare North TD Fianna Fail TD James Lawless, who lives in Sallins, led the chorus of complaints last week when he said that the last train home on the new timetable leaves too early to accommodate Dáil sittings.

“It misses some of the key rush periods and I would worry it may not get take-up as a result.

“Disappointingly I won’t be able to use it to travel to the Dáil, even though Pearse is right beside it, as the times simply won’t work for me,” he commented.

And there’s the nub of the problem. Our transport timetables seem to be worked out to suit a body of people working old-fashioned, quasi-civil service hours who have no problem wasting time in bus and Luas queues to complete their disjointed journeys.

Private transport operators seem to be far better at listening to their passengers and delivering them exactly where they want to go, and at a comprehensive range of times — just look at the ever-expanding ‘Green Bus’ timetable which now links Kildare with a 24-hour service to Dublin and further afield.

For public transport to work, it has to serve the real needs of the commuter — it must be frequent, reasonably priced and reliable.

Otherwise, travellers will vote with their feet and, unfortunately, find other ways to get to work.