A nice place to shop: Naas before the bypass 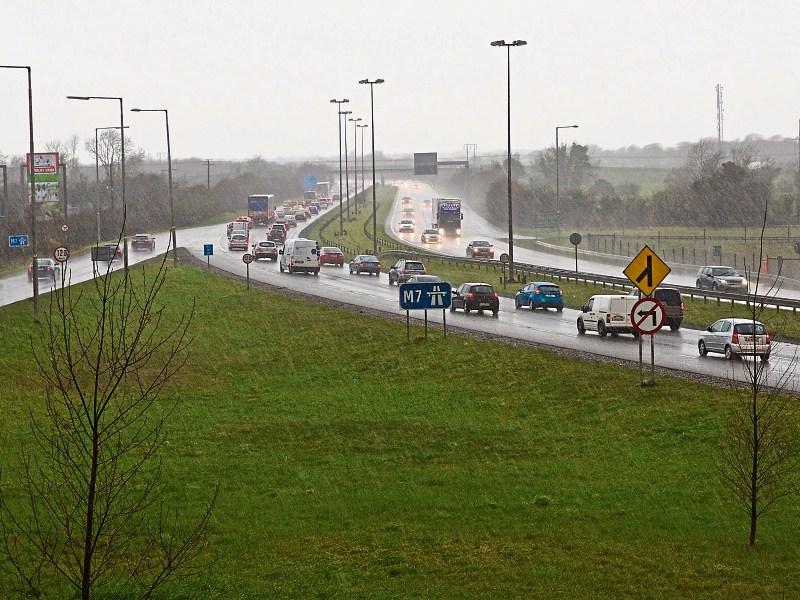 Are you old enough to remember when that level of traffic passed through the Main Street?

I have to think hard to remember Naas before the bypass.

I met someone the other week week who spoke of slow journeys through the town but, then, Naas was never somewhere we had to pass through. It was where we lived.

Though not everyone could ignore the 'Nice place to shop' signs and many pulled in to spend their hard earned.

There were always strange accents in Malone's by the church and Hanrahan's by the bus stop and if it was a late All-Ireland Sunday in September, the cars around Poplar Square would be bound ultimately for Cork, Kerry or Kilkenny.

All the multi-coloured headbands and scarves even made it feel kind of exotic. I mean this was the 80s when everyone’s wardrobe was brown and blue and grey.

They’d spill into the Capri Grill and eat on the seated side where a plate of chips cost 30 pence more.

Later they'd leave with empty bladders, high on onions and strung out on victory.

I know a Vet from down the country and every evening he had to pass through Naas coming from Dublin.

It would take him half an hour to get from the old GAA grounds to Murtagh’s Corner driving with the Evening Press spread across the steering wheel.

It was the release gate to Tipperary and Cork and Limerick, but it was never the Limerick Road to us. It was, and still is, the road to Newbridge.

Anyone who was anyone  had to make that sharp 90-degree turn if they were passing through.

Local legend has it that Jimmy Carter made an unheralded pass and that he was waved off by a few corner boys at Murtagh's.

No invention of Irish roots was necessary. Everyone had to visit, even if your visit was a thing of motion.

Everything pre-bypass was bigger and busier too. It wasn't that we were younger, Naas was buzzing then and the new road was heralded as a major thing.

We must have got caught up in it all because the road was barely open and the Toyota Carina was dispatched to test the tarmac. It was all pretty underwhelming and over very quickly.

Tommy Tougher must have been the only local person to get excited about it all because they'd be soon pulling into his place by Newhall and not stopping in Lawlor's.

I remember hearing of tractor/trailer abandoned by the lights outside the old TSB while the owner placed his order in the Capri. There wasn’t enough room for the coach to pass and with no way through the driver used the horn to try and clear a path. In an impressive act of bloodymindedness the owner stuck his head out the door of the chipper and stuck up the finger.

Actually, the bypass might have been built by then, but in keeping with the theme lets pretend it wasn't.

I don’t know when I first noticed the Naas South sign. Or the one directing people to Naas North. But it was way less appealing than the old ‘Nice place to shop’ efforts.

Yer man should have taken his head out of the Evening Press to take it all in.