The restored cabin from the Quest in which Shackleton died 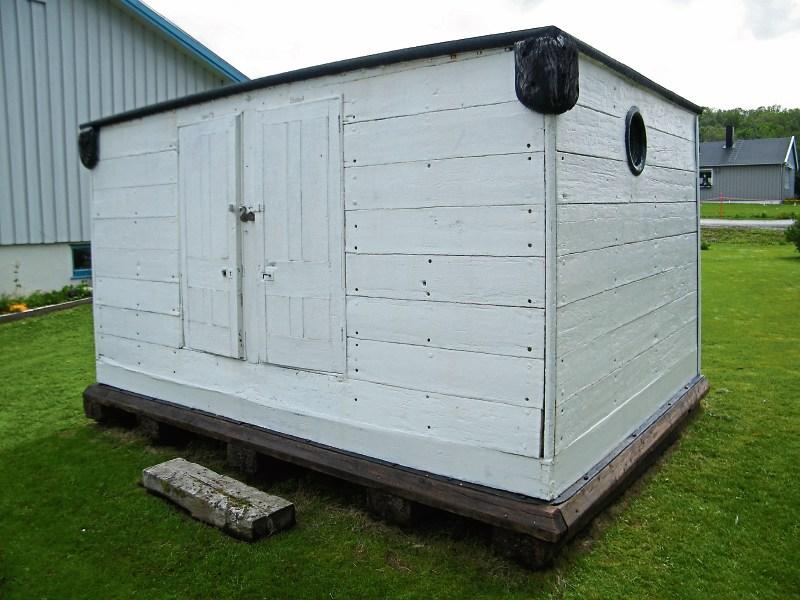 The ship cabin from The Quest in which Ernest Shackleton died will soon reside in Athy.

The cabin, which was used as a garden shed for the past 90 years in Norway, is currently being restored in Letterfrack, Co Galway.

Shackleton’s fourth expedition took place on the Quest and aimed to circumnavigate the Antartic continent but on January 5, 1922 he died of a heart attack off South Georgia.

“It took about a week to get it home and down to Letterfrack where is now being curated,” he explained to the Leader.

“We drove for three days down the spine of Sweden and into Gothenburg where the cabin was loaded onto a ship for 26 hours on the North sea before reaching the UK then finally onto Dublin.”

Ready to receive the cabin in Letterfrack was historic furniture curator Sven Haberman. Sven had also travelled to Norway to ensure that the cabin was fit to travel back across the seas to Ireland.

“It is currently in our workshop and we have finished the first stage which involved investigating, a paint analysis of what was original and what was not. Surprisingly after 90 years as a garden shed more than 85 per cent was original. We aim to have it ready in two months time.”

The cabin will however continue to reside in Letterfrack until the regeneration of Emily Square is complete. According to Town Manager Joe Boland it is likely that the cabin will be placed where the library currently resides, above the Shackleton Heritage Museum.

The new library will be located in the grounds of the former Dominican Church.

Meanwhile the €500,000 regeneration project is due to commence in spring 2017, subject to the outcome of the statutory processes.

The estimated costs, of half a million euros, are to be assigned from capital funds for the project.

The Paul Hogarth Company were awarded the project and the public consultation process is still ongoing.

The history and heritage of Emily Square will be incorporated into the new design as well as some tree planting, public art works and new lighting.

Meanwhile there was great excitement last week as the sculpture of Ernest Shackleton, was erected in Athy to mark the 100th anniversary of the rescue of the crew of the ‘Endurance.’

The statue was commissioned as part of the council’s Decade of Commemorations programme.

Located at Emily Square the statue may well be moved in the future in line with the regeneration plans for the square however this has yet to be confirmed.