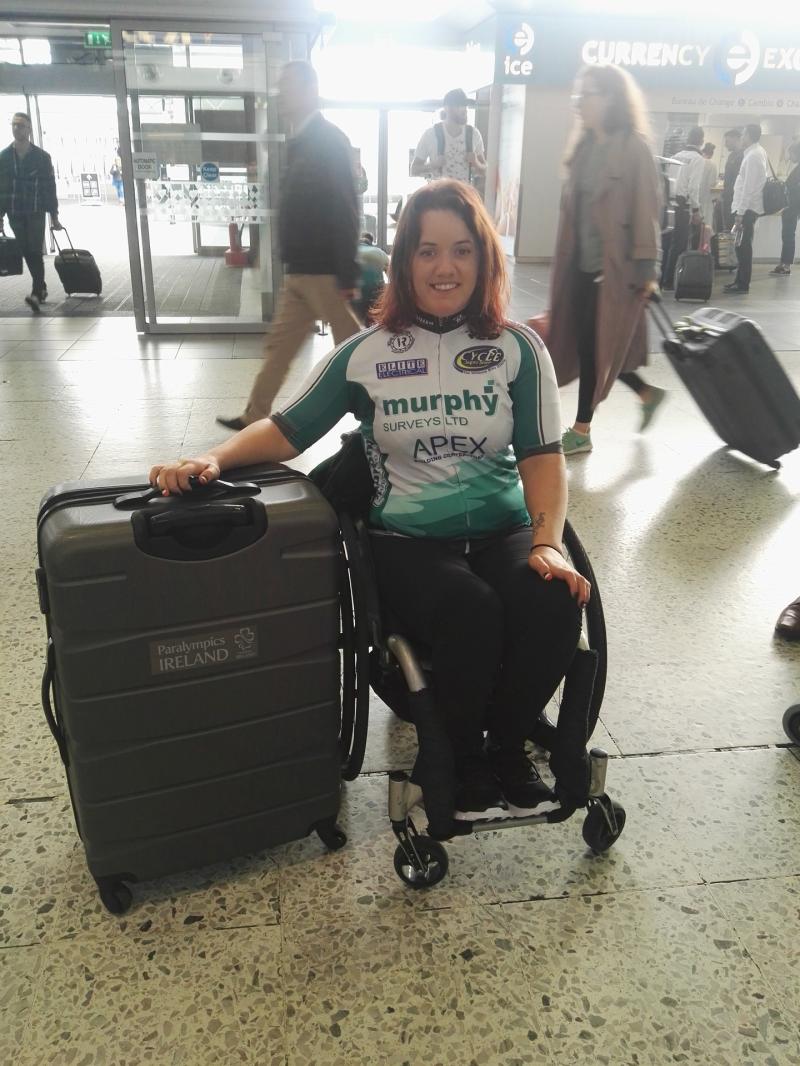 Ciara Staunton on her way to Rio

Baltinglass athlete Ciara Staunton now has her sights set on the Tokyo games.

The Kilcullen Cycling Club member took to the road in the H2-4 Road Race yesterday. Staunton, who made her debut at the Games this year, was in a mixed classification and the race proved to be quite difficult in the hot and humid conditions of Rio’s Pontal venue. The 45km race was a stern test of endurance and stamina, which was three laps of a 15km circuit. Staunton was out-powered by athletes in the H3 and H4 classes and was subsequently pulled from the competition with one lap to go to finish 14th overall.

“Today was very tough,” she said afterwards. “It was way worse than yesterday, the heat was just so much harder to bear. It’s very difficult to compete in a mixed class as well – I’m competing against people of a higher classification who have more function so that’s difficult.

“Words don’t describe though how it feels to represent Ireland - it’s been a long time goal to get here, the only person who would have stopped me from getting here was myself and now I’m looking ahead on to Tokyo.”