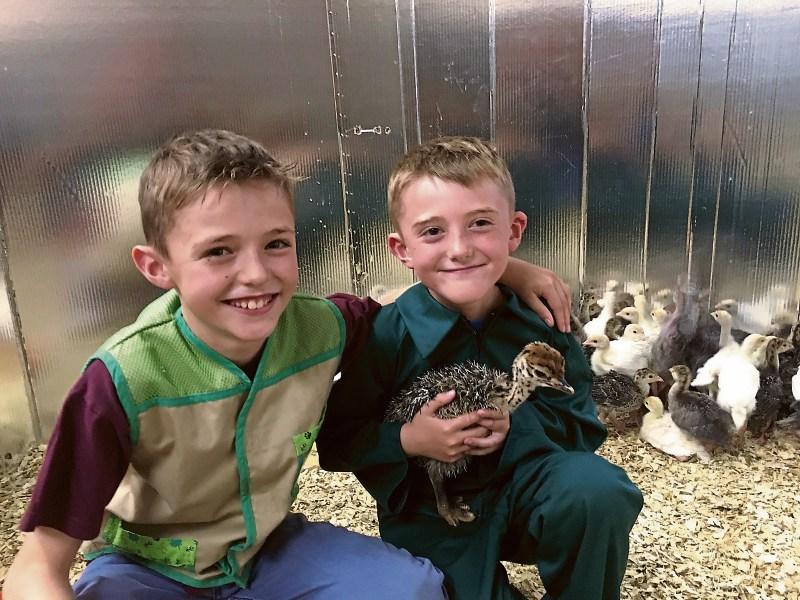 18-year-old student Ross Borton has been praised for his relentless dedication to hatching a baby ostrich at Kildare Farm Foods and open farm.

Ross from Newbridge has just finished his Leaving Cert and is going on to study Agriculture in Waterford IT.

He is gifted with animals and will still continue to be the little guy's main carer for the next while until he gets strong, according to Derville McLoughlin of Kildare Farm Foods.

“We haven't named him or her yet as don't know if its a boy or girl” said Derville speaking to the Leinster Leader.

“So if its a boy we will call him Ross and a girl we will call her Rossa. It takes a while to know for sure if it is a boy or a girl so we have to wait. We have been trying to harch for a year or two its very difficult. It is very early stages and its really touch and go at this stage. We haven't open the baby ostrich up to the public yet.”

Owner David Sexton said that not many ostrichs are born in Ireland due to the humidity of our climate.

“He is in a pen with two turkey chicks and he is eating - his parents Fluffy and Duster are on the farm but we had to hatch the egg out.”

Meanwhile the owners welcomed ITV Germany to Kildare Farm Foods last week to for a day's filming of Come Dine with Me.

“A german TV crew filmed an episode of Come Dine With Me at the farm on Tuesday. They got in contact with us through Bord Failte.”