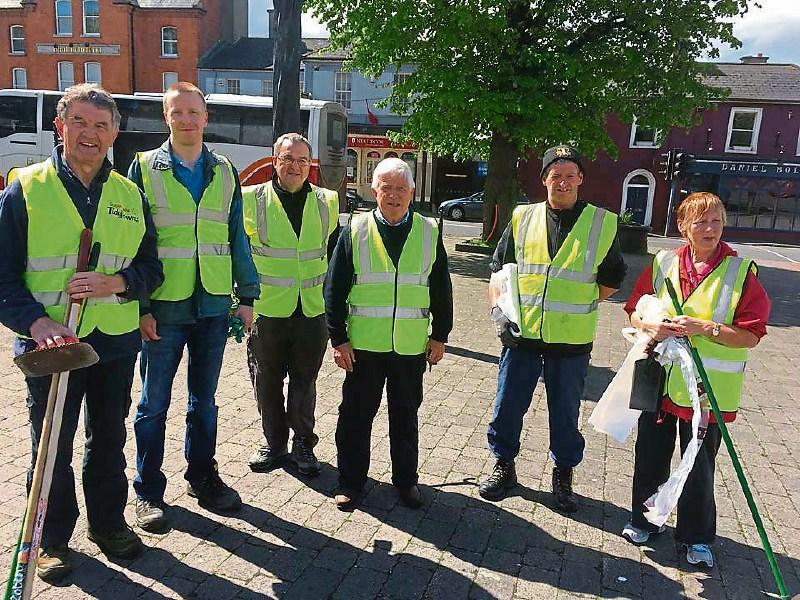 Kildare Tidy Towns has high hopes for this year’s awards at the end of the September after ranking joint second in the recent Irish Business Against Litter league.

Kildare town finished joint second with Enniscorthy in the survey of 40 towns and cities across the country.

Tidy Town's chairman Willie Redmond said the hope now is to perform well in the Tidy Town's competition which is held at the end of September.

“We have been very disappointed over the past few years with the Tidy Town's competition,” he said.

“So we are hoping to do better this year especially after such a good result with the IBAL. We are delighted that we have done so well and it was our first year to be considered by IBAL. We have a strong committee and a number of supports who we can call on when we need a hand.”

The Tidy Towns, who are always looking for more volunteers, met up each Saturday morning over the summer for a weekly clean up.

“There is another group who meet every Wednesday on the Dublin Road to pick up litter,” he added.

“We also had great support from John Daffy from Kildare County Council's and we have the support of the Gateway project through it's coordinator Peter Farrell. We will ask the council now to throw a bit more money our way but overall we have had great support over the years and we encourage people to pick up litter as they go about the town. This town has a lot to offer with Kildare Village, the National Stud, the Japanese gardens. We like to keep it clean.”