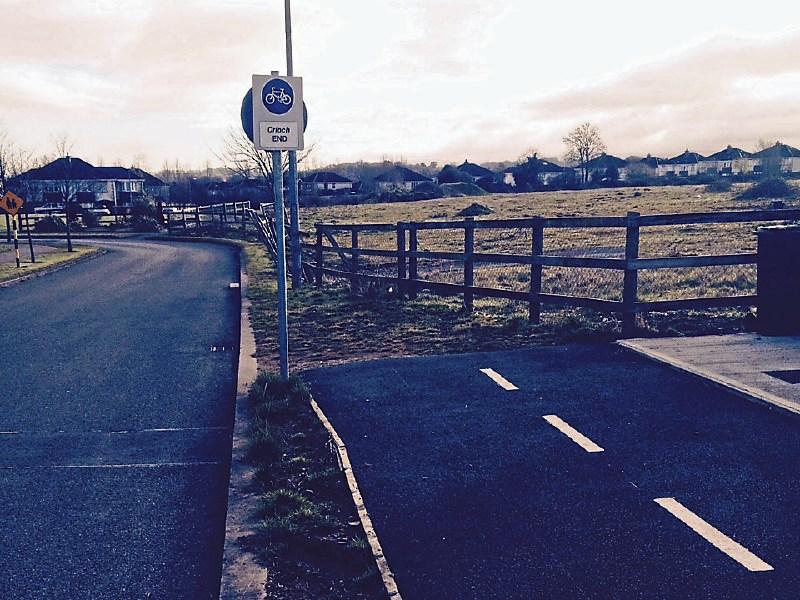 We all have certain buttons that people can push.

One of mine regards cycling lanes.

“Sure there’s a load of those around the place and there’s never anyone on them! What’s the point in them? They’re a waste of money!”

I’ve heard many variations of that point and each time it is frustrating.

Only somebody who has never ridden a bike on our roads or cycle paths would say this. People who do cycle know there are indeed loads of cycling lanes locally but there are rarely any ones which do as they are supposed to do - that is get you from A to B without encountering traffic.

Therefore the people that do cycle have to be confident enough to ride in the traffic. Those people see no need in getting on and off these short lanes which are constantly interrupted by junctions - where you have no right of way - so they deem it more convenient and, indeed, safer to just stay on the road. This, in turn, annoys drivers who cannot understand why cyclists are on the road instead of the adjacent cycling path.

What we need are bike lanes that go places.

We had a discussion in the office recently, the topic being is there any realistic journey you could make by bike lane alone in Co Kildare. The best we could come up with is Johnstown to the cinema in Naas. And even then the bike lane begins at the Naas side of Johnstown and disappears into rubble for a few meters before the Big Ball roundabout. And you’d have to cross a very busy road once you reach the cinema.

The bike lanes around Naas - while welcome as a starting point - don’t tend to go anywhere. For example, there are large stretches of the ringroad that have bike lanes alongside, but there aren’t any shops or houses between the Sallins Road roundabout and the Newbridge Road, so there is not a big demand for a bike lane there.

There are far more stark examples of cycling lanes which don’t go anywhere. My personal favourite is the one at the fine-looking new school on the Craddockstown Road. It’s a fine looking bike lane too, albeit one that starts at one corner of the school and finishes at another. Unless you want to cycle a halfway around the perimeter of a school, this serves no purpose.

Now, I do realise that there is an overall vision of every housing estate linking every school in Naas via bike lane. But surely you need to make more rapid strides than this for the vision to ever become a reality. This bit-by-bit-by-bit approach will bear fruition by about 2187 at the current rate. Will bikes or even schools exist then? The wheel itself might be redundant.

The piecemeal approach to bike lane construction bears a perfunctory approach to cycling infrastructure. Provision is made alongside existing projects - because it has to be - but there seems to be no real official will to get it done. For example, could you ever foresee 200 metres of road being constructed … and then left there to link up with a few other roads when they get the green light … at some point in the future ...?

What would be far more useful than the many truncated lanes would be one proper one. Just one.

If one was built from the Moorefield end of Newbridge to the big ball in Naas, and it passed through or near to both town centres, and it did not get interrupted by roads then you’d see people on it.

And by people we mean not just lycra clad folk (mainly young men) on go-fast carbon bikes but kids, pensioners and everybody in between. Those are the people that cycling lanes should entice onto their bikes by being convenient, safe and completely separate from traffic.

To achieve that you have to make cycling infrastructure a priority rather than an add-on to other projects.

And therein lies the problem.