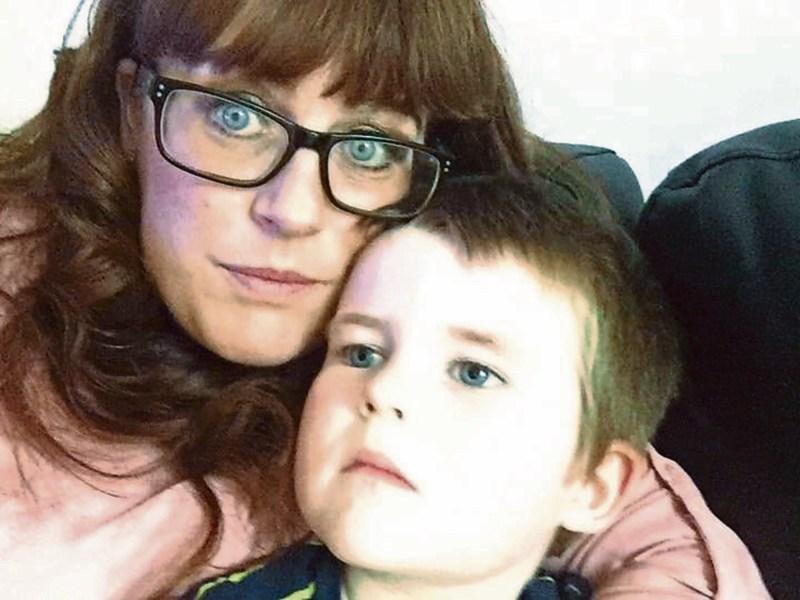 Elaine Sears and her son Daragh

“It’s an absolute nightmare. We are in July now and still nothing, we have no school place for Daragh. He is in a preschool for children with autism and he could stay another year, but he will be five in December and he’s getting bored. We just don’t know what to do.”

These are the words of Newbridge mum, Elaine Sears, who told the Leinster Leader she had applied for a place in autism (ASD) units in Kilcullen, Newbridge, Kildare town, and Naas but to no avail.

“I have another son, Noah who is also autistic, and he is in Kildare Educate Together School in Kildare town. There was only one place left when Daragh applied and he was second on the list. They were so disappointed they couldn’t give him a place,” she said.

Eventually, Daragh was accepted in Ardclough National School, but that meant Elaine and her family would have to endure a 33km round trip each day to get him to school and she felt the stress on him and the family would be too much. The family declined the place.

The Sears are one of four families, who contacted Dep Fiona O’Loughlin to try and get school places for their autistic children in Kildare.

The inequality of children in the education system is becoming increasingly apparent according to Dep O’Loughlin.

“The first day back to school is a major milestone in a child’s development, but not for these children,” she said. “These children and their parents need to access the education system immediately and to receive additional resources. It is shameful that we pay lip service to equality but cannot deliver on a basic, primary constitutional right to our children.”

She pointed out; “Education has been a key topic debated in the Dáil Chamber in recent weeks, from the inequalities in pay sector to new entry teachers to the debate on the Equal Status (Admission to Schools) Bill 2016. I fully support an amendment that no child should be refused a place within the primary sector on the basis of religion or lack of religion, race, etc.

“I believe the principle of this Bill is well meant but requires further consultation.”

As chairperson of the Fianna Fail Education Commitee, she said she would like to extend an invitation to groups to appear before the committee .

Meanwhile, the campaign for a new second level Educate Together School for South Kildare was highlighted on a national platform, when the group took part in the recent Equal Rights to Education march in Dublin. Spokesperson, Jennifer Buttner said its aim is to have more second level school places, greater choice in second level education, and more ASD units.