Can we park and walk for three minutes in Naas? 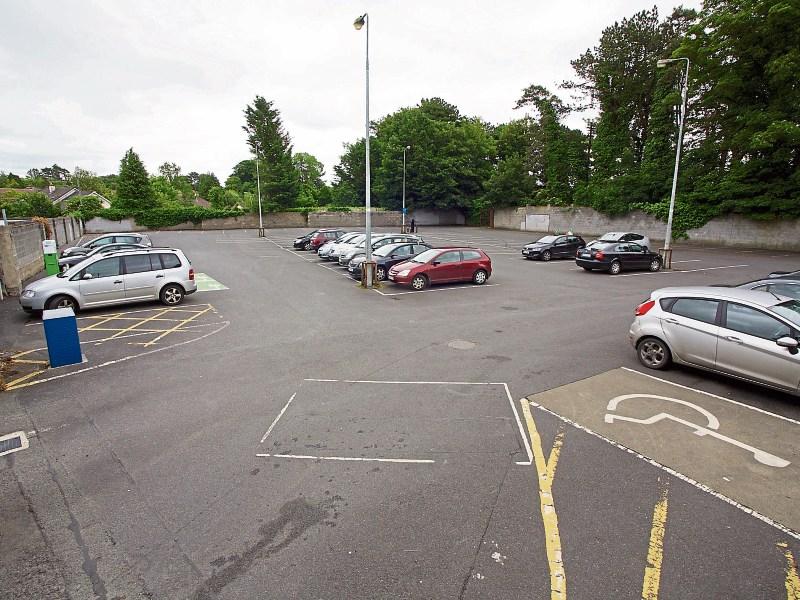 There are plenty of parking spaces at the Friary Road car park. Photo: Tony Keane

One night a couple of weeks back I was sent out to McDonalds to get takeaway.

So I drove to the centre of Naas and got a parking spot outside the row of businesses on the Sallins Road. I crossed the road and walked for about a minute until I pushed the door but it would not give. There was a guy inside mopping up. He signalled to me that they were closed. It wasn’t long after 8pm so I was surprised.

I headed back to the car and drove out the big new McDonalds in Monread. The scene was different to what I’d seen five minutes previously. Not much had been stirring in Naas and the carpark in Monread was a mardi gras by comparison. Young people were outside chatting and comparing cars in the sunshine. There was a queue at the drive-thru. I went inside and the place was buzzing with customers talking while others placed orders at electronic screens.

This, it was clear, was the end result of the car culture that exists in Naas and pretty much everywhere else around Ireland. There aren’t enough punters to keep the doors open on Main Street but here on the edge of town burger-flipping is a 24-hour operation.

How has this happened?

The first response of many would be: “parking!”

Parking is the most divisive of divisive issues in Naas. In polite society all talk of religion, politics and parking is banned. We don’t qualify for polite society here so the following is my take on the issue.

The lack of parking spaces is not the main culprit behind the decline of Naas town centre.

A colleague points out that you can “drive up to the counter” at the Monread McDonalds and that is what people want.

I don’t dispute that but fail to see how any town centre can compete with the Tesco and McDonalds in Monread for that kind of
convenience. You’d need free parking Monday to Sunday and the construction of (also free) multi-storey carparks right on the Main Street. Because it seems people don’t like walking any great distance.

The car-park behind Eddie Rockets is less than a minute’s walk from everything around Poplar Square and is rarely full. Same goes for the car park out on the right as you go out the Friary Road. And the one a little further out on the left just before Hedderman’s Bridge must be an entire three-minute walk from the John Devoy statue. I don’t think I’ve ever seen it at
capacity.

Yet people give out because there is no parking in Naas — by Naas it seems they mean the Main Street and not so much as a one-minute walk away from it.

Here’s the problem. Naas, quite a while ago, used to be about the size of Kilcullen. And less people had cars then. So of course you could park right outside where you were going.

But Naas is now a county town of more than 20,000 people. The idea that you can drive right up to the shop door is unrealistic. And it’s about to get less realistic. The population of Naas is projected to double in the near future (I’m not sure where all of the newly-built, reasonably priced houses are going to come from to allow that to happen, but that’s for another week). So shoppers may have to adjust to the idea that a three-minute walk is not a hardship.

The other glaring reasons that Naas centre is struggling are the other out of town retail parks plus the lack of a replacement for Superquinn and Marks and Spencer to draw people into, rather than out of, town. The arrival of Meadows and Byrne is welcome but they need the cavalry behind them to really give the town a new impetus.

Of course, the most obvious dead-weight on Naas is the unopened shopping centre. The progress on this or, lack of, is reported in the Leader each week.

To say that the lack of parking spaces is holding Naas back is to fail to give the full picture when you can see that existing car parks are nowhere near full.

It could just be that people prefer what’s on offer at out of town retail parks and centres. And for a town centre to compete it has to give something different. To that end, penalising landlords who allow their units to remains empty and offering low rates to new businesses or pop-up shops are just two ideas that could yield results. I’m sure business people and shoppers have many more ideas. Perhaps it would be best to discuss those rather than blame the ills of Naas on a lack of parking spaces when the real problems lie elsewhere and are more complex.