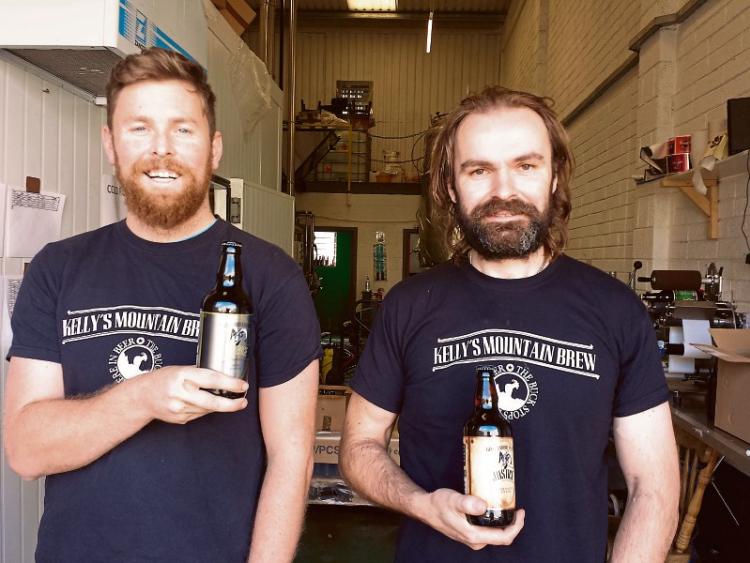 A Clane based brewer is set to make further moves into the craft beer market and it will be using county produced malting barley.

Kelly's Mountain Brew, which is based in an industrial estate in the town, is has been brewing mainly bottle beers but Ronan Kelly and his team are now in talks with local publicans to provide draught beer in their premises.

A new three-year €15,000 financial loan deal with Linked Finance, known as a peer-to-peer lender, will help them double capacity including producing the draft.

The company, which produces Justice, Revenge and Revolution blends has been exporting, including to Russia.

“We will be keeping the draught lager local,” said Ronan, who has expanded his workforce in recent times.

The Clane company is sourcing its malting barley in Kildare from Minch Malting. “The barley is cut in Kildare,” said Ronan.

Brewing on the new draught lager started last week and it will take a few weeks before the first brew is ready for the customer.

“Lager takes longer than ale to brew,” said Ronan, who reminded us that that their master brewer is Joe Bergin from Leixlip.

Asked if expansion could mean he will have to leave, he said they are talking to Ted Murray at the Thompson Industrial Estate with a view to getting extra space.

“We could take turnover to half a million here,” said Ronan, who had offers from peer lenders at Linked Finance of over twice what he needed.

The co founder of Kelly’s Mountain Brew, he, and his partner, Jackie, set up the small brewery with the start up support of Clane Business Park.

He worked in the construction business in Ireland in 2007. When the building sector crashed, he went off the Qatar for five years.

When he returned, he worked at Intel for a short while.

On July 25, 2014 the first beer brewed by the micro brewer was delivered went into the Supervalu retail outlet at Clane.

Along with Ronan and Jackie, Eoin Harrington is the assistant brewer. Former Guinness brewer, Joe Bergin, advises them.

Since we first spoke to him, they have taken on a small number of extra staff.

They were producing 6000 litres a month, most of it bottled, when we spoke to them last year.

They were planning to do lager at the time.

Local outlets and the Irish market continue to account for most of the sales – the Village Inn, Celbridge’s Kildrought Lounge, Jones and Clane GAA are among the outlets – 15% are now exported, including to Russia. around.