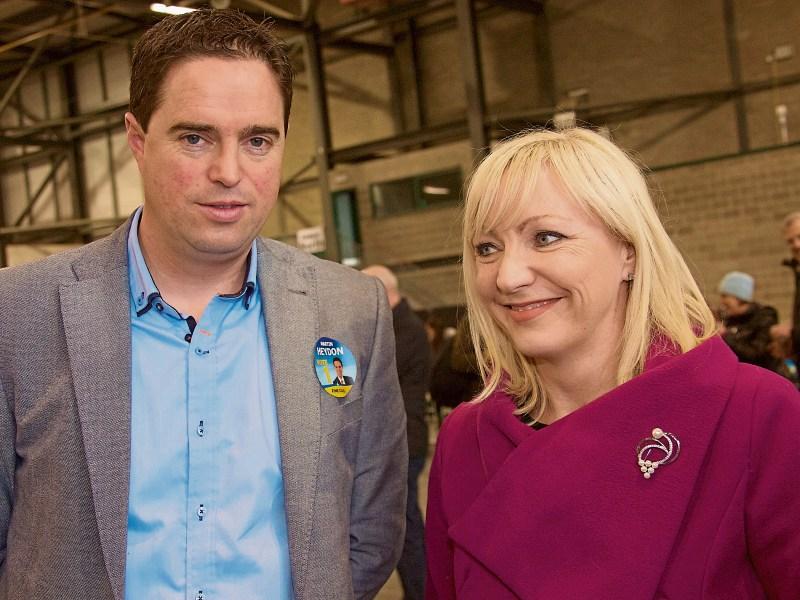 The lack of a vote
management system was a factor in the failure of Cllr Fiona McLoughlin Healy to get elected, according to
the Newbridge candidate.

“Certainly, the absence of a vote management strategy or the unwillingness to even discuss one didn’t help as was borne out by the fact Martin Heydon (FG) transferred so favourably to Labour and Fianna Fail. That said, the people of Kildare South have had their say and I respect that completely,” she said.

“I wouldn’t change the last two years. I have made friends for life – Team FMH people, who were in the main never involved in politics before, but were willing to put their faith, time and energy into me and my campaign.”

She said she ran on the accountability and transparency ticket and secured 3,250 first preference votes.

“I happily worked up to 18 hours a day to help make things happen like the town hall, a secondary school for Newbridge/Kildare, a Busk and Food festival and rejuvenating the market street in Newbridge, to hold officials to account and highlight unethical practices in local government. I had a vision for Kildare South that I believed in and had hoped to have the opportunity to deliver on.”

In a statement released to the Leinster Leader yesterday, she said: “I am incredibly lucky to have had the unflinching support of my husband Bernard, who felt as strongly about Kildare’s untapped potential as I do. I have three healthy young children who have learned a huge amount from their Mammy’s time as a public representative.

“I have two businesses that have taken a significant hit since I committed to my public representation. I am hugely grateful to all those people who did vote for me last Friday. I intend to take some time out now to decide what is next for me and my family starting with my sons confirmation on Tuesday which I am really looking forward to. Thank you again for the opportunity for your consideration and for the opportunity to have been in your service over the last two years.”