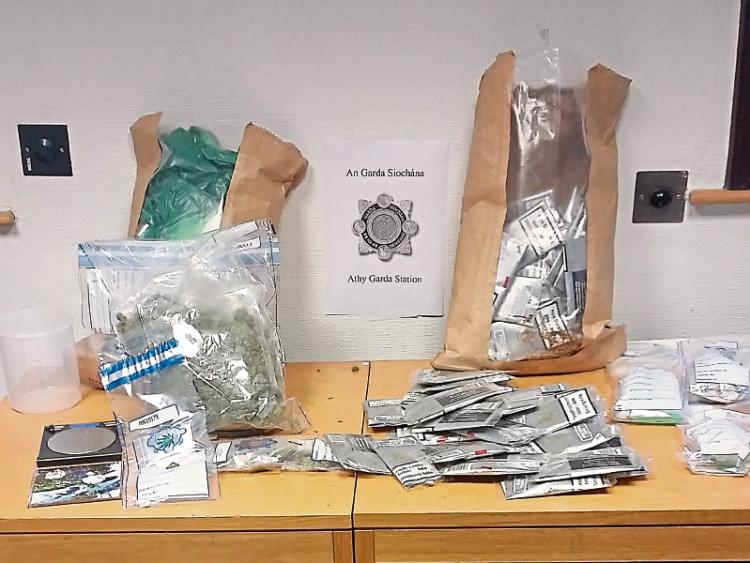 Some of the contraband found during searches in Athy yesterday

Cannabis with a street value of €15,500 was found in Athy during a garda search yesterday, Tuesday March 1.

Four men were arrested as part of the garda operation, and contraband cigarettes and an amount of cash was also siezed.

A planned search was made of a number of premises as part of the ongoing Garda Operation Thor.

The searches began at 8am on Tuesday morning.

Cannabis (subject to analysis) with a street value of approximately €15,000 was located during one search and a man in his 30s was arrested. He is currently being detained at Athy Garda station.

During another search, 20kg of contraband tobacco along with €13,000 in cash and €500 in cannabis was seized.

Two men in their 20s were subsequently arrested and are also being held at Athy Garda Station.

Small amounts of cannabis and heroin (subject to analysis) were seized at two other locations in the town. A fourth male has been arrested and charged in connection with offences under the Non Fatal Offences Against the Person Act 1997.