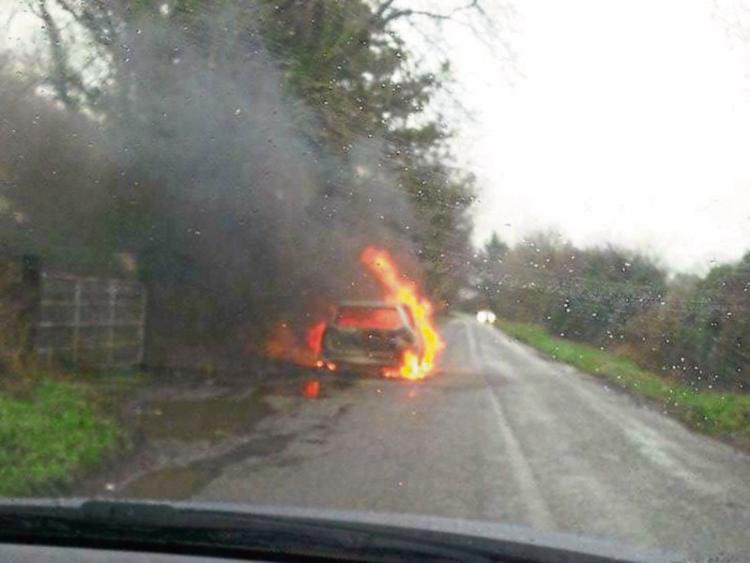 The burned out car near Victoria Bridge

A car believed to have been used in the murder of well-known dissident Republican Vinny Ryan yesterday was found burned out near Naas.

The 25-year-old was shot as he sat in a vehicle on McKee Road in Finglas, Dublin.

The burnt out car was discovered near Victoria Bridge in the Thomastown area of Caragh on the Naas to Rathangan Road.

According to the gardai it has been preserved for a technical examination.