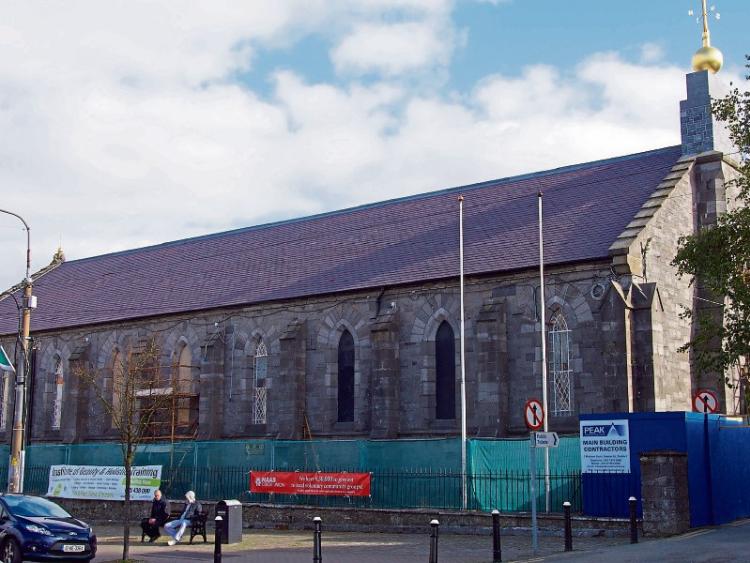 Building and refurbishment works at Newbridge Town Hall will not be completed until February, according to Kildare County Council.

The council had asked local groups, clubs and members of the public to outline their preferences as to what the town hall could be used for. A board of management has been set up to run the hall and decide on how best to manage the facility.

“To date, 12 expressions of interest have been received and have been circulated to management board for consideration,” said a council spokesperson.

There are no councillors on the board, which is chaired by former County Manager, Niall Bradley with members Mary Lonergan, Paula Keegan, Andrew Cross and Dr Adrian McGoldrick.

At the November Kildare/Newbridge Municipal District meeting, councillors were told phase two of the revamp of Newbridge Town Hall cost at total of €635,377.30.

In response to a query from Cllr Fiona McLoughlin Healy, officials said the cost of the phase two contract, including internal refurbishment, was €479,532.33, plus another €11,350 for contingency.

The cost of the first phase, which was finished at the end of May, included repairing the roof and weatherproofing, amounting to €284,319.24.

Some €736,000 of the cost of both phases, is coming from former Newbridge Town Council resources and €183,000 from Kildare County Council.

Another €150,000 must also be found for exterior public realm works, but the source of this money has not yet been identified by the officials.