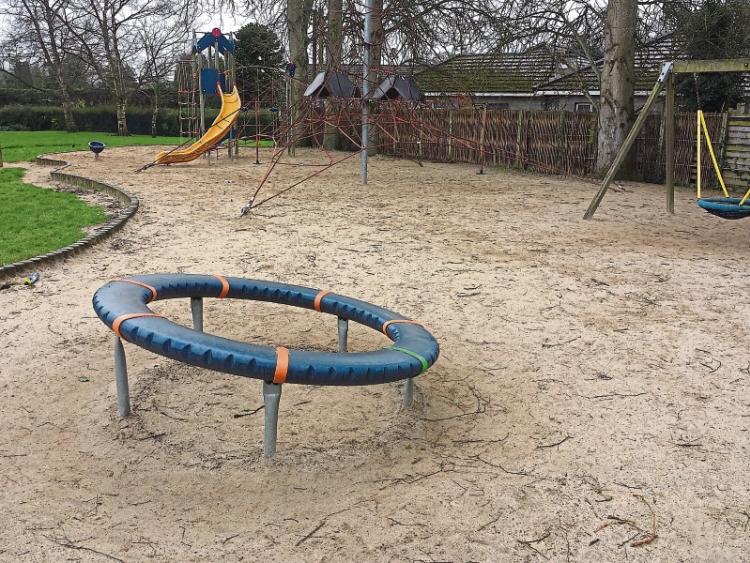 Lighting will not be installed at Clane’s public playground to try and stop anti-social behaviour.

The committee rejected the proposal on a number of grounds following a report from officials.

They said the use of lighting in playgrounds has been installed previously in Celbridge and Monread (Naas) playgrounds as a security measure “at considerable expense” in a report issued by Senior Executive Parks Superintendent, Simon Wallace.

But the move had not resulted in any decrease in security issues or anti-social behaviour.

Even if it had, said officials, the Council had made no provision in this year’s Budget estimates for spending on the lights.

The budget would only cover the routine maintenance and the replacement of the existing sand-play surface. As a result, they said they did not propose to install lighting in the playground at this time.

The Council did discuss the matter after Cllr John McGinley seconded the proposal.

Cllr Cronin said “there are a lot of broken bottles left lying around I’ve been told by parents. They believe that having a light on at night would stop people hanging around.”

However, Cllr Brendan Weld said that residents and nearby neighbours were opposed to a light being installed. “They believe people will congregate late at night because of the light.”