Sallins Men's Shed is a youth club for older men

Sallins men are helping themselves and the community 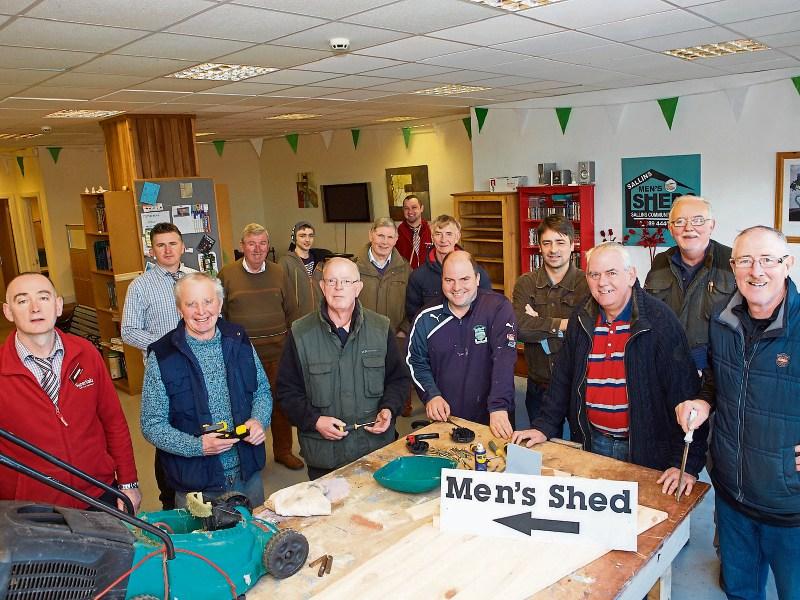 An unused unit at The
Waterways in Sallins is being used as a men’s shed.

The sheds are an Australian concept which aim to provide a focal point for men. They are not-for-profit and aim to enhance the well-being of the participant as well as using the skills they have for the common good. The group opened in Sallins a few months ago and now had about 20 members, according to Bob Mulvaney, one of the founders.

“We’re in one of the unsold units at the back of the Super Valu store and we hope we will have a loan of it until a sale takes place. It was the old site office used when the development was being constructed here, ” Mr Mulvaney told the Leader.

The shed was set up by a group including Tom O’Rourke, Mick Corley, Bob Mulvaney, Niall Burke, James Lawless and Vincent Brett.

The unit took a bit of doing up. “A sewer had burst and nobody fully realised what had happened until the smell got too bad. It had been badly damaged and it took a bit of work to put it right,” he said.

A committee was set up and a chairperson, secretary and treasurer were appointed.

In Sallins they have done some work for the church, Tidy Towns and some local people, like fixing benches and creating window boxes. Mr Mulvaney also thanked Fergal Reilly of Super Valu for helping to provide heat and light. “He saw the benefit of it and has been a great support.” The shed is open to all comers every day from Monday to Saturday from 10.30am to at least 3pm.