Joe Wood, Newbridge, passes away at the age of 100

Well-known figure around the town 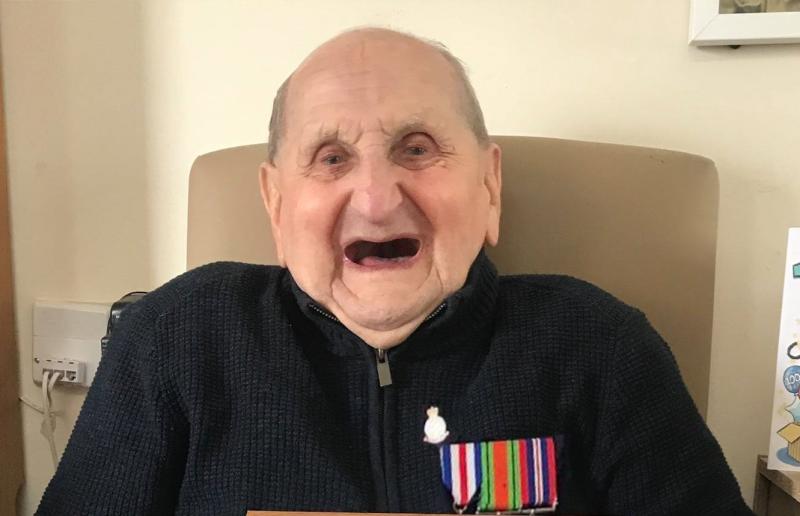 Joe Wood, pictured on his 100th birthday, by Maria McDonnell

The centenarian, who was a World War II veteran and former RAF man, had celebrated his 100th birthday last April. It is understood that he passed away suddenly last night.

The much-loved figure was originally from Barlborough in Derbyshire, and served in the Royal Air Force from 1941 to 1946.

Joe came to Newbridge in 2004 soon after his late wife, Waterford native Josephine passed away. He had no close family but many good friends in the town, and spent the last year isolating due to the Covid-19 regulations. He was also a regular visitor to the Whitewater Shopping Centre, where he was well-known to the local staff.

His friends threw him a socially-distanced birthday party in April to mark the occasion of his 100th birthday, and he also received a telegram from Queen Elizabeth.

The Royal British Legion Republic of Ireland paid tribute to Joe today, saying "Joe fell in love with an Irishwoman and with Ireland, and Ireland loved him back. He will be deeply missed by friends and the people of Newbridge and members of the Midlands Counties and Kildare Branch of the Royal British Legion".

Funeral arrangements are yet to be finalised.