Musings during a stroll through a deserted, locked-down Newbridge 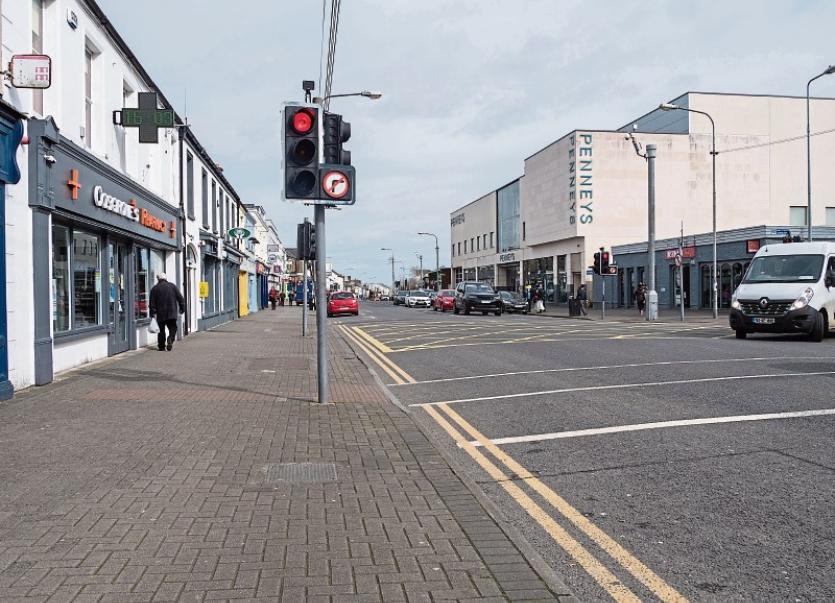 Was on a bit of walk in downtown Newbridge, the other night.

Well most nights, as far as that goes.

All within the required distance, I hasten to add.

Well, give or take.

I don’t have a measuring device with me when on shank’s mare.

But, as my editor would say, we’ll be grand.

Sure what with Paddy Power gone AWOL.

Not a football being kicked in anger.

The fairways out of bounds.

Not to mention the lack of a pint of plain.

Sure what else would one be at?

But, my God, things are quiet;

Walking past the rows and rows of daffodils fronting Moore Park one could practically hear the golden heads frolicking in the dark.

Not a great one for the poetry, I have to say.

Do you remember them?

Can you recite the opening lines?

I wandered lonely as a cloud

That floats on high o’er vales and hills,

When all at once I saw a crowd,

A host, of golden daffodils;

Beside the lake, beneath the trees,

Fluttering and dancing in the breeze.

No bother to you!

And you know something, every night I walk past Moore Park, for some strange reason — silently, I hasten to add — I recite a verse of that famous poem.

Maybe this whole shut-down thing is getting to me.

You lost the plot a long time ago.

Tesco’s to the right.

Car park, not full, but far from empty.

No queues at the minute.

Just a few carrying out the odd slab of beer.

And a pint of milk.

Note the order of priority.

Suddenly the silence is shattered.

But as I power-walk (definitely an exaggeration) towards Ray O’Brien’s premises — I know the name is changed but we still call it Ray O’Brien’s — you just wouldn’t believe what I saw.

And when I take a closer look it is not just one washing machine.

A few folk sitting in an SUV and another high-end vehicle nearby, obviously waiting for the wash to finish.

Now I have to confess it is not the first time I have seen these machines.

But definitely the first time I actually saw them in action.

A bit like the big (former) Indo print machine up the dual-
carriageway on the Naas Road.

No matter how often I have driven by there, I’ve never witnessed the reels of paper actually reeling. Never.

But to get back to where I was coming from.

On the side of one of the busiest roads in the area.

And do you know who springs to mind.

The mind takes a ramble to days of yore.

Not today or yesterday.

Or even the day before.

Back when we were kids, school, short pants and all that.

Back to a time when certain things were done, routinely, on a daily and weekly basis.

From having the one, and only, bath of the week on a Saturday night.

To getting the shoes in readiness for Sunday morning.

The bath was a ritual in most houses; well, in houses that had a bath that is.

And then to make it worse, when you got out of the bath you had to wash the hair.

Once the bath ordeal was over, indoors for the night.

That would be called self-isolating these days.

And hands up all those who still polish their shoes.

And I don’t mean using those shiny yokes that give you an instant glow.

A glow that disappears quicker than a bad pint losing its head before you even get a chance to caress the side of the glass.

Confessions on the last Friday of each month.

March down to the church, from school, Indian file.

Sodality on the first Sunday of the month.

I could go on and on.

But to get back to the mammy that I was reminded of initially.

Monday was washing day in our house.

Probably was the same in most houses at the time.

A chore that seemed to go on all day long.

It would start with the machine being dragged out from an area under the stairs into the kitchen.

A big white round thingy that took an age to fill, never mind heat.

A contraption in the middle of the machine turned in a semi circular movement, before turning around and repeating the same movement in the opposite direction.

Then there was the big wooden tongs, for want of a better word.

Clothes would be pulled in and out of the machine with this yoke, for hours on end.

Even when we came home from school at mid-day (we were, as the TD lad from Kerry says, folk who ate our dinner at dinner time) the washing machine would still be in full flow.

Holy God, I wonder to myself, what would the mother have done if she had to go down by the side of the road and use that washing machine, then wait for the wash to finish, before bringing it back home again.

Then again, we had no SUV at that time; or now as far as that goes.

Not sure if a Morris Minor would have looked great waiting by the side of the road for the wash to finish.

My walk had now reached the requisite 2k at this stage.

Well, there or thereabouts.

I turned around to head back from whence I came.

Lads and lassies still lumping slabs of beer out of Dunnes and Tesco’s.

The washing machines were sounding like they were coming to the end of their cycle as they made a noise a bit like a Ryanair flight coming into land (just before the cabin crew came around flogging the scratch cards).

Rows and rows of daffs, looking more beautiful as the lights of the odd car shone on them.

And there they were, totally oblivious to what was going on in the world of today.

Still they continued as before,

Fluttering and dancing in the breeze.

And not a word on the coronavirus to be heard.