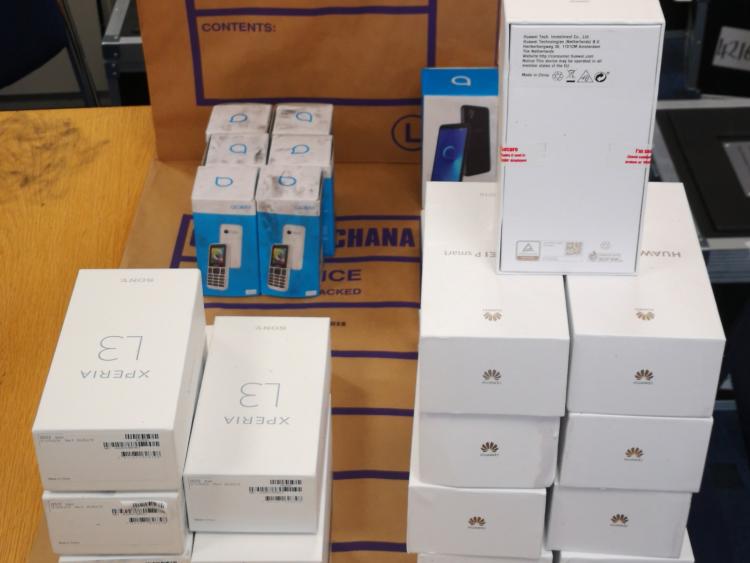 Gardaí in Newbridge are investigating a burglary that occurred at a phone store in Edward Street Newbridge at approximately 12.30am on the morning on Wednesday, June 5.

Gardaí arriving at the scene confronted a man armed with what was believed to be a knife, who had a large quantity of mobile phones.

The man, in his 30s, was arrested at the scene and remains in custody at Newbridge Garda Station under Section 4 of the Criminal Justice Act 1984.