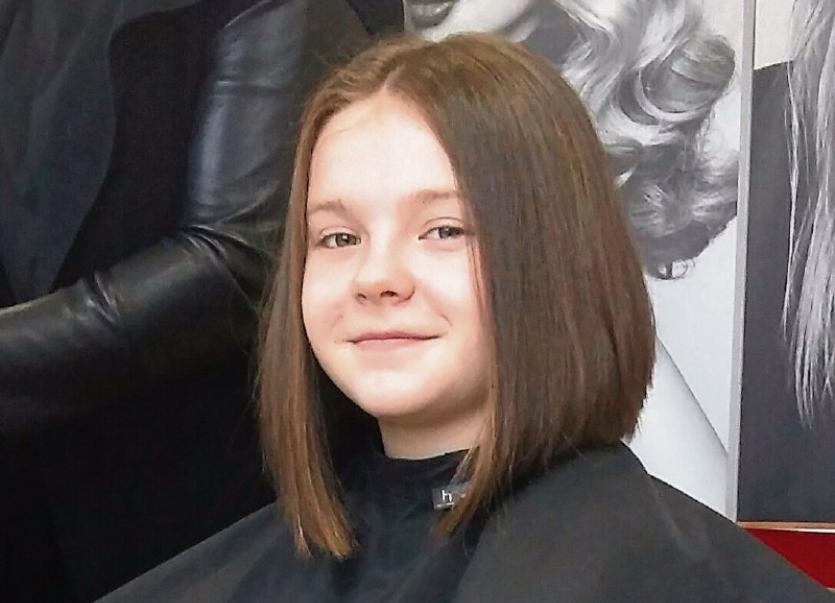 Sinead Mahony with her new haircut - just in time for her Confirmation Day!

A Newbridge schoolgirl chopped off her flowing locks on Tuesday to make life a little easier for needy children.

Young Sinead Mahony, 11, a sixth-class pupil at Scoil na Naomh Uilig, donated her long ponytail to the Rapunzel Foundation, an Irish charity which makes wigs for youngsters who need them for medical reasons such as alopecia.

Furthermore, Sinead has also raised €500 in sponsorship for the good cause.

Staff at the Neeba salon on Cutlery Road in Newbridge carried out the haircut yesterday, and will make sure that the ponytail makes its way safely to the New Ross-based organisation.

Sinead’s proud dad Jim said that Sinead was chatting with her friends about the work of the Rapunzel Foundation, and decided to donate her own hair as she had the requisite 14-inch long ponytail. The hair has to be at least that length in order for it to be made into a wig. 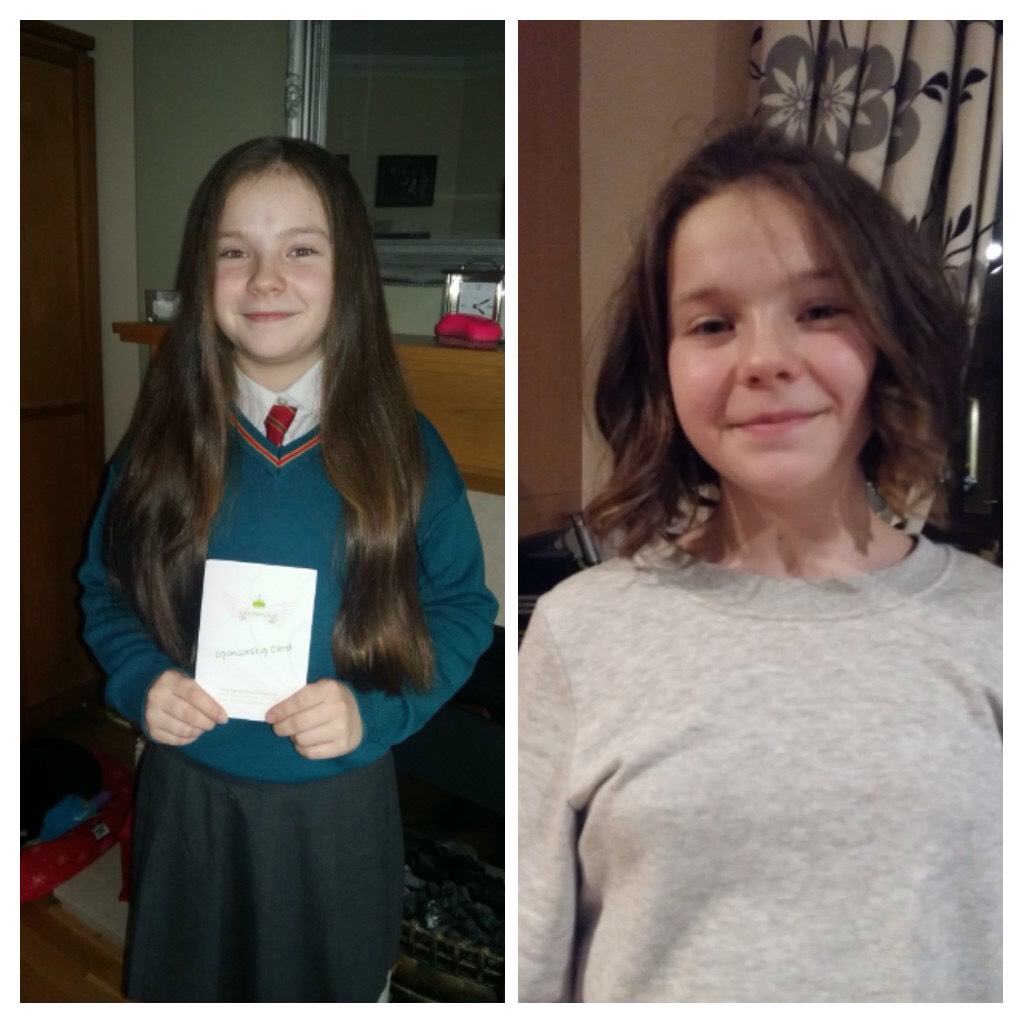 Sinead before and after Tuesday's big chop

“She really appreciated the thought of a child getting a wig made out of her hair, she thought it would be fantastic. It was such a thoughtful thing for her to do,” he said.

Sinead’s mum Roisin contacted the Foundation, who also sent out a sponsorship card and the donations have been rolling in from family and friends all this week.

Jim said that there were no last-minute nerves from the youngster, who has also ended up with a lovely new hairstyle just in time for her Confirmation Day next Tuesday. “Before we left the house, she was saying ‘I hope I have enough hair to give the 14 inches', but she looked it up and measured it to be sure.”

The family hails from Roseberry Hill, and Sinead’s two brothers James, 13 and Daragh 7, are also very proud of their sister’s good deed. “We even bought her a donut as a treat afterwards,” joked her dad! 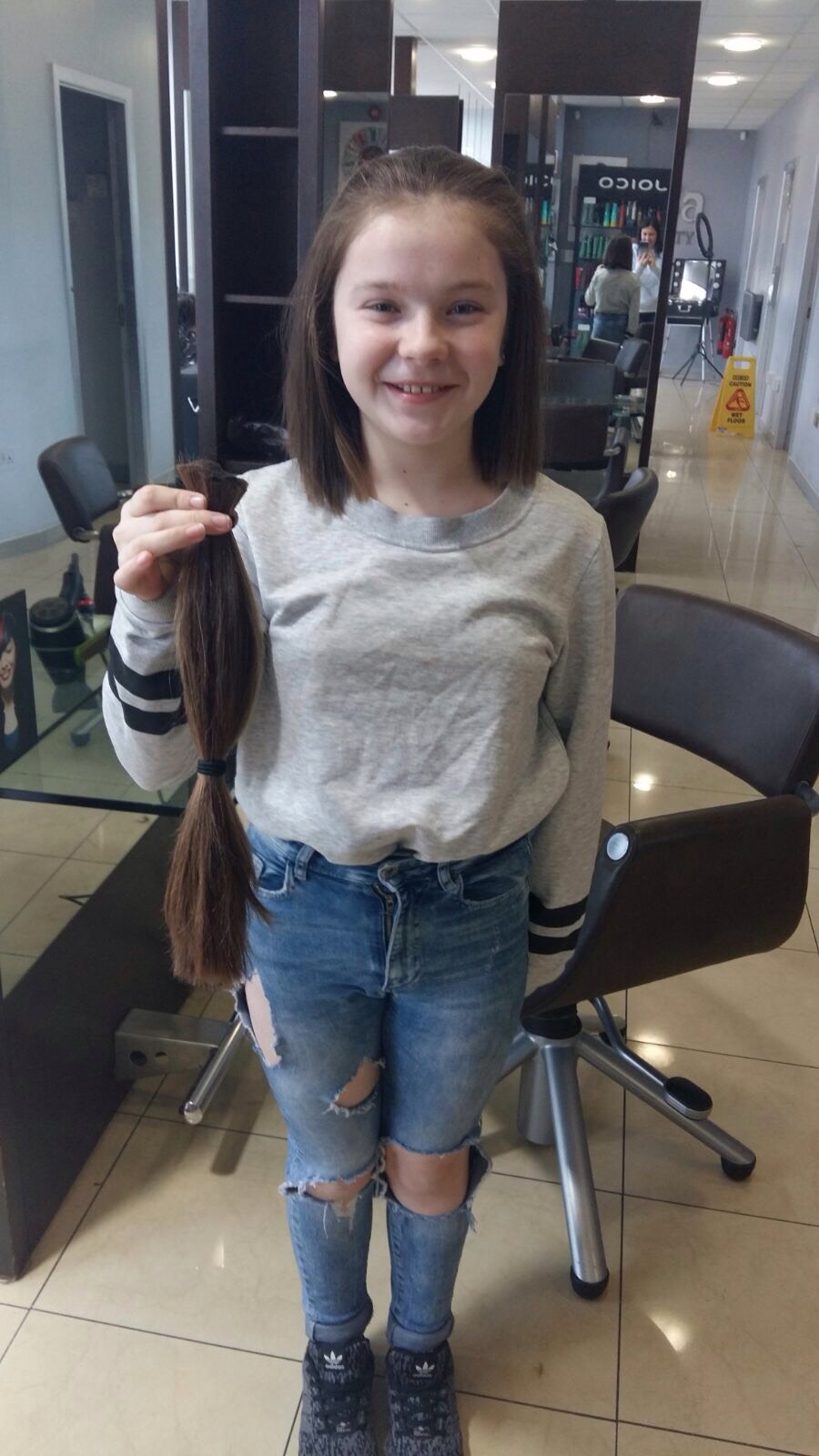 Sinead poses proudly with her ponytail at the Neeba salon in Newbridge, which will make sure the hair gets safely to the Rapunzel Foundation