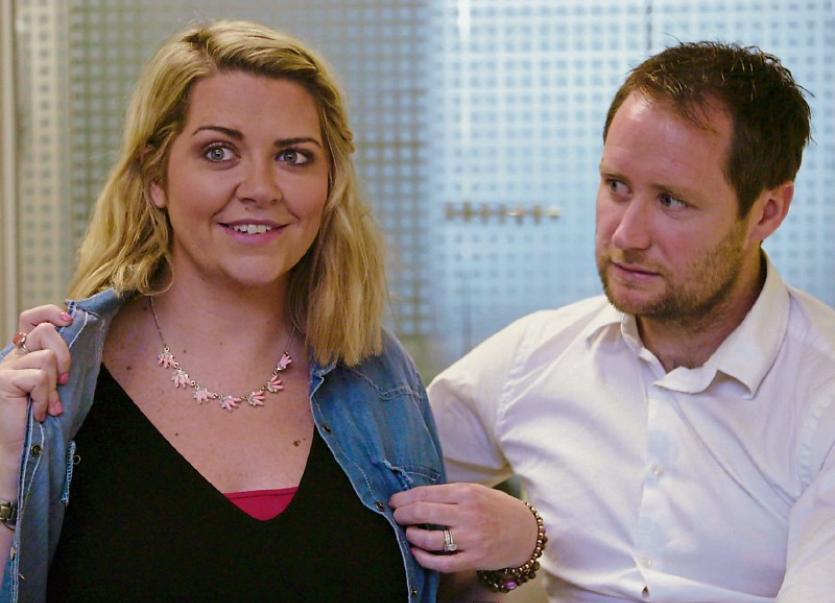 Fiona and Eoghan on The Babymakers

Another Newbridge couple will feature on our TV screens tonight.

Fiona and Eoghan are following in the footsteps of Pelo salon owner Denise Phillips and husband Mark who featured on the first two episodes of ‘The Babymakers’ series on TV3.

The show follows six couples across Ireland as they go through different fertility treatments at one of Ireland’s most established IVF clinics.

Fiona and Eoghan are filmed a few days into their IVF cycle.

Fiona has a huge needle phobia and often cries and screams during the numerous daily injections she must take to stimulate the growth of her eggs.

Their first cycle is cancelled due to Fiona's poor response to injections; and they brave a second cycle.

Eggs are collected, but the following morning the embryologist in the lab has to call them with the terrible news that no embryos have been created as Fiona's eggs and Eoghan's sperm did not mix at all. This happens in less than 5% of cases.

Tune into TV3 from 9pm tonight (Monday September 25) to see how the couple get on.