LISTEN: Newbridge star to take centre stage at the Irish Derby in Curragh 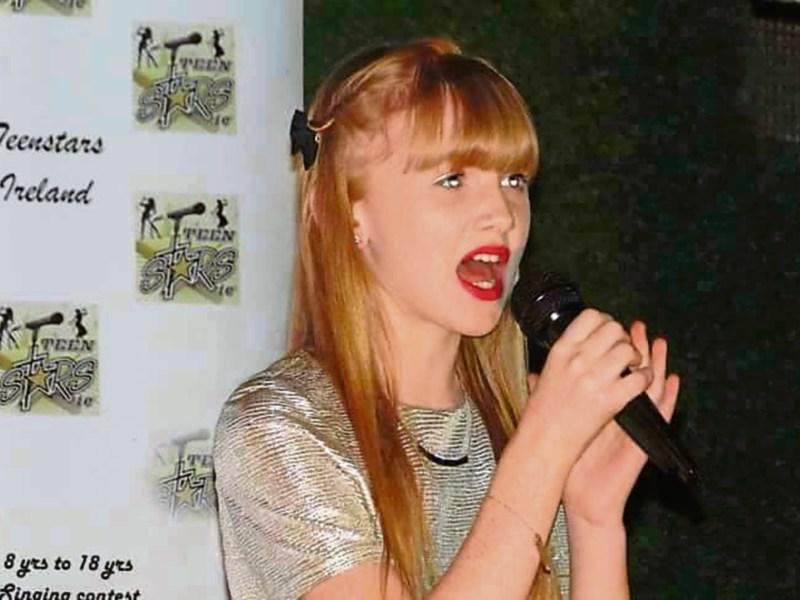 Talented schoolgirl Hayley Keogh from Newbridge has been chosen to sing at this year’s Dubai Duty Free Irish Derby at the Curragh.

The 13-year-old star will sing the Curragh of Kildare with the Army Band at the handing over of the Irish Derby Cup on the final day of the Festival, Sunday July 2.

Hayley is a member of Vicky Barry school of dance in Kildare town.

Hayley’s mentor, Vicky, nominated her for the spot.

Her mother Tara said: “What happened was Hayley had two songs pre-recorded and Vicky sent them on and she was picked”.

Hayley is really looking forward to the day.

“I’m kind of nervous but excited, I have a blue dress with diamonds ready for it,” said Hayley.

Hayley started singing around the age of 6, and was set for stardom all her life.

She is also through to the Irish Junior Eurovision competition, to be aired on TG4 in the coming months.

The first year Holy Family pupil is down to the last 32 contestants, and will be singing her own original Irish song.

She is also performing at the finals of Teen Stars All-Irelands which is happening in the Red Cow on this weekend, June 25

She was the winner of the Kildare Town Community School talent show last year, for her rendition of Beyoncé’s classic Listen.

Although Hayley has a hefty schedule over the next few months, at which her mother Tara joked “she has me worn out!”, she said she is most looking forward to the Derby.

Tara, who is extremely proud, added: “She is very talented. It’s a great honour, my uncle died while serving in the army in Lebanon, and that was his favourite song so it will be quite emotional”.