Why Naas, County Kildare, is the gift that keeps on giving 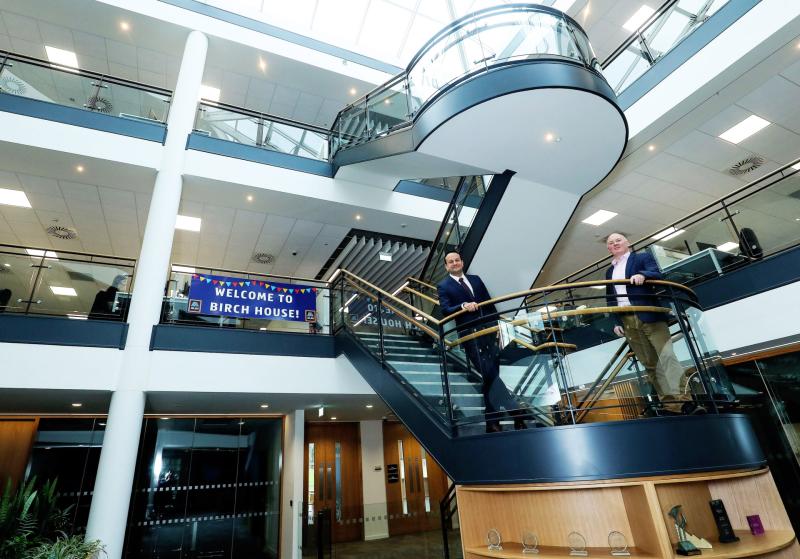 Naas is marking its own homework these days;  the town has become the gift that keeps on giving.

And who better to give unto than one’s self.

First the senior footballers threw off the shackles of history and years of considerable underachievement by not only winning the first championship in 31 years but getting to the Leinster final.

Then it gets itself the title of Ireland’s cleanest town for 2021 by Irish Business Against Litter.

Even the public lighting on the main street - malfunctioning for some time now and creating a dangerous situation for pedestrians after dark - is finally working again.

And this weekend Naas take on Wexford opposition in the Leinster intermediate hurling championship.

Today Tánaiste Leo Varadkar came to town to officially open the 41,000 square feet facility at Millennium Park, which will serve as the base for the supermarket giant’s national buying and marketing teams.

Mr Varadkar, the Minister for Enterprise, Trade and Employment (and cool demeanour) toured the building and addressed Aldi staff via laptop.

He also welcomed the announcement that the company is to increase its number of employees by 600 in stores all over Ireland (including 42 locally), bringing total employment to 4,650.

Some €300m is to be invested in stores nationwide, leading to many construction jobs and the company spends €1b a year on goods and products provided by Irish companies.

“It’s important that we create good jobs, jobs that pay a living wage and provide sick pay, as Aldi does,” said Mr Varadkar, adding that Aldi “is pleased with Naas and all the benefits it offers."

And so too is Naas - pretty pleased with itself.