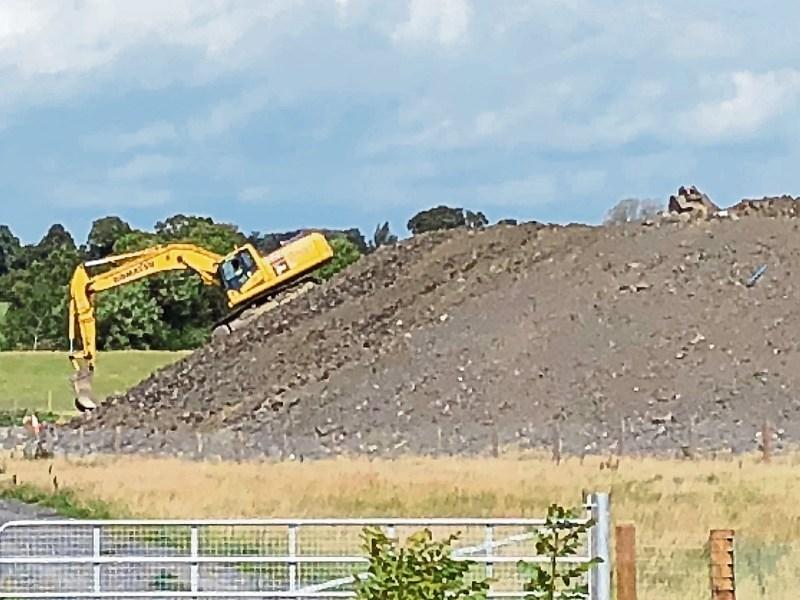 Excavation machinery at work on the Sallins bypass

Additional costs arising from the project to extend the M7 to three lanes and build the Sallins bypass won’t have to be paid by Kildare County Council.

KCC official Evelyn Wright said these would be paid by Transport Infrastructure Ireland, which maintains primary roads and the Department of Transport.

She was responding to a call for an “explanatory note” from Cllr Bill Clear outlining why the project overran by €80m from a project cost of €60m and ended up costing €140m.

He asked what liability would be borne by the council.

He said the overruns were not the responsibility of KCC but were inevitable because it was a design and build contract and “there were going to be issues”.

He alleged that the project was built to the lowest standard, but was not sub standard.

Cllr Clear further claimed works are needed to improve access and use for children who are walking or cycling.

He also claimed that landscaping work is needed and some of the signage is confusing.

But, at a Kildare County Council meeting, Ms Wright countered that the construction cost did not overrun by €80m from a projected €60m, ending up costing €140.

She said the tender sum for construction was almost €70m, including VAT, and “after an arduous resolution process”, the recommended final account settlement came to a VAT inclusive €97m.

The cost, she reported, included the development of the project from feasibility to close out and delivery.

Ms Wright told the meeting that the contract was one of the biggest in Ireland at the time.

She said KCC is working on the issues raised by Cllr Clear.

Ms Wright further pointed out that the contract is not finished yet so it might be more appropriate for the council to deal with this in the first or second quarter of 2022.

“This was a public works contract and not something that Kildare County Council had full control over,” added Ms Wright.