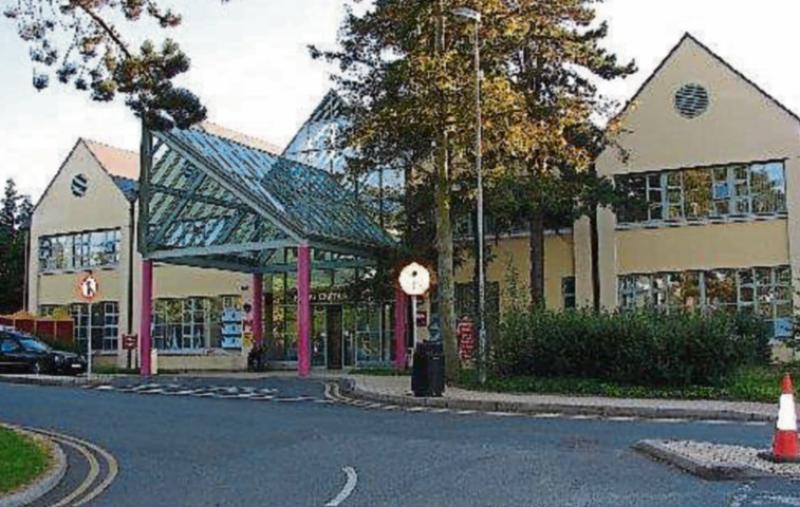 The investigations, which are being conducted by the Health Service Executive (HSE), the Irish Medical Council (IMC) and An Garda Síochána, relate to the alleged conduct of Dr Aamir Zuberi, an anaesthetist who worked at the hospital since at least 2012.

The allegations relate to four patients that were allegedly abused by Dr Zuberi between 2016 and 2017.

RTE added that it was not until December 2017 that concerns were first raised with hospital management in Naas.

At that point, Dr Zuberi was placed on administrative leave with full pay pending investigation.

It is also understood that Dr Zuberi also worked for several years at another leading Irish hospital prior to taking up employment in Naas.

Detailed questions were sent from RTE to Naas General Hospital, including to ask if it had alerted the other hospital of concerns about Dr Zuberi’s behaviour or the criminal case pending against the doctor, but the HSE replied that the hospital "has been strongly advised that it cannot comment as to do so would unfairly prejudice the outcome of an ongoing Garda investigation".

However, the IMC confirmed that, following receipt of complaints against Dr Zuberi, it acted on the concerns within days.

A member of the RTEI team, Aoife Hegarty, recently spoke to KFM radio station, where she told host Clem Ryan: "It is understood that the abuse was witnessed by staff members (at the hospital), but it wasn't until December 2017 that the concerns were first raised with hospital management."

She added: "Remember, they are the only the suspected incidents that we know about, because they happened to be witnessed by staff, and the question still very much remains as to whether other similar incidents could have taken place and gone unnoticed."

Ms Hegarty detailed the case of one man, who went by the pseudonym "Michael", who went to the hospital in the spring of 2017 with persistent stomach pains, which led to him undergoing surgery and having his appendix removed.

Two years later, Michael was contacted by Gardaí in Naas and was informed about Dr Zuberi's alleged sexual assault on him while he was unconscious.

Ms Hegarty added that Dr Zuberi has since left Ireland and returned to his native Pakistan, and because Ireland currently doesn't currently have an extradition agreement with Pakistan, that development means that the criminal case against him stalled.

Gardaí confirmed to RTE that it is liasing with Interpol to address the matter.

Dr Zuberi was back working as the sole anaesthetist of a clinic in Pakistan, but Ms Hegarty informed KFM that he submitted a letter of resignation to his workplace last week, citing "personal reasons" for his departure.

She added that they learned about this information a day after submitting questions to Dr Zuberi's former workplace about the alleged incidents.

Ms Hegarty detailed the effects the alleged abuse has had on Michael, and how he allegedly received no support from Naas Hospital or the HSE since he was informed about the incident.

She added that the event has resulted in Michael suffering from panic attacks, and that he is now on antidepressants.

KFM also played a clip from the programme, where Michael's voice was dubbed by an actor in order to protect his identity.

Michael said: "I can't deal with trusting anyone anymore... and it's not just hospitals, it's (with) everybody."

"I used to have a social network, but I have none now; I don't go anywhere."

He continued: "I'm dragging my wife through an unspeakable episode of life events now, that we never would have dreamt of.

"I'm trying to deal with it right now, (by) going through counselling - I have never had to do any of that stuff before.

"It's punishing: it's heavy to carry," he concluded.

The investigation will be featured on tonight's episode on Prime Time, which airs on RTÉ One at 9:30pm.

In a statement this afternoon the HSE said the hospital can confirm that they have contacted and have been in communication with three patients affected and tried unsuccessfully to contact the fourth. The hospital are available at any time to talk to this person.

It further stated that the hospital take allegations of this nature very seriously and is fully engaged with the Gardaí . In addition, Naas General Hospital have a strict reporting policy for its staff and where a serious allegation is raised they follow the Trust in Care Policy and take their responsibilities in that regard very seriously.

This policy, the HSE added, is about upholding the dignity and welfare of patient/clients and the procedure for managing allegations of abuse against staff members. In addition, where appropriate, they refer the allegations to An Garda Siochana and the Medical Council.

The health service is committed to promoting the well-being of patients/clients and providing a caring environment where they are treated with dignity and respect. Health service employers are also highly committed to their staff and to providing them with the necessary supervision, support and training to enable them to provide the highest standards of care.