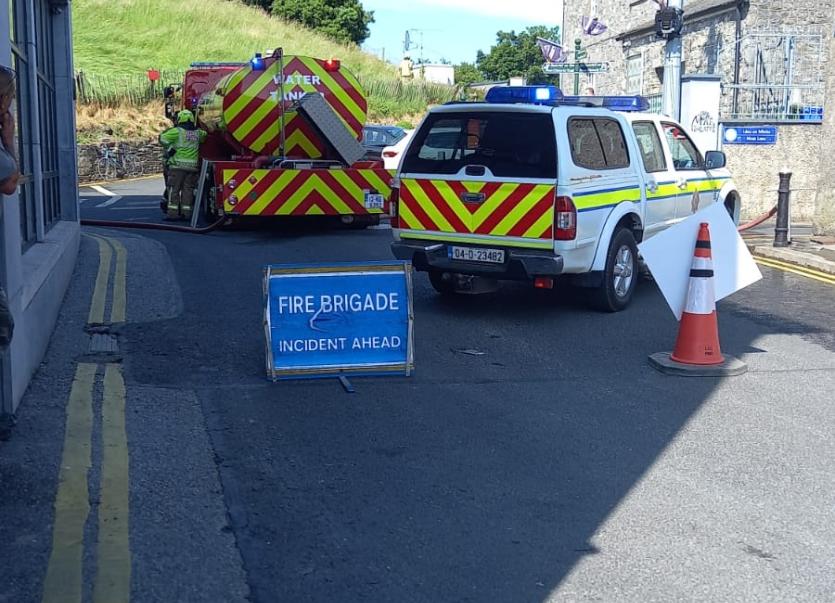 The scene at Abbey Street, Naas, this afternoon

Firefighters attended the scene of a fire at a historic structure in the centre of Naas today.

Dramatic images of smoke billowing from the Moat, adjacent to the eponymously named theatre at Abbey Street, appeared on social media platforms this afternoon.

The moat is a steep hill with a house on top and it is covered with grass, which has dried out significantly because of the recent warm weather. 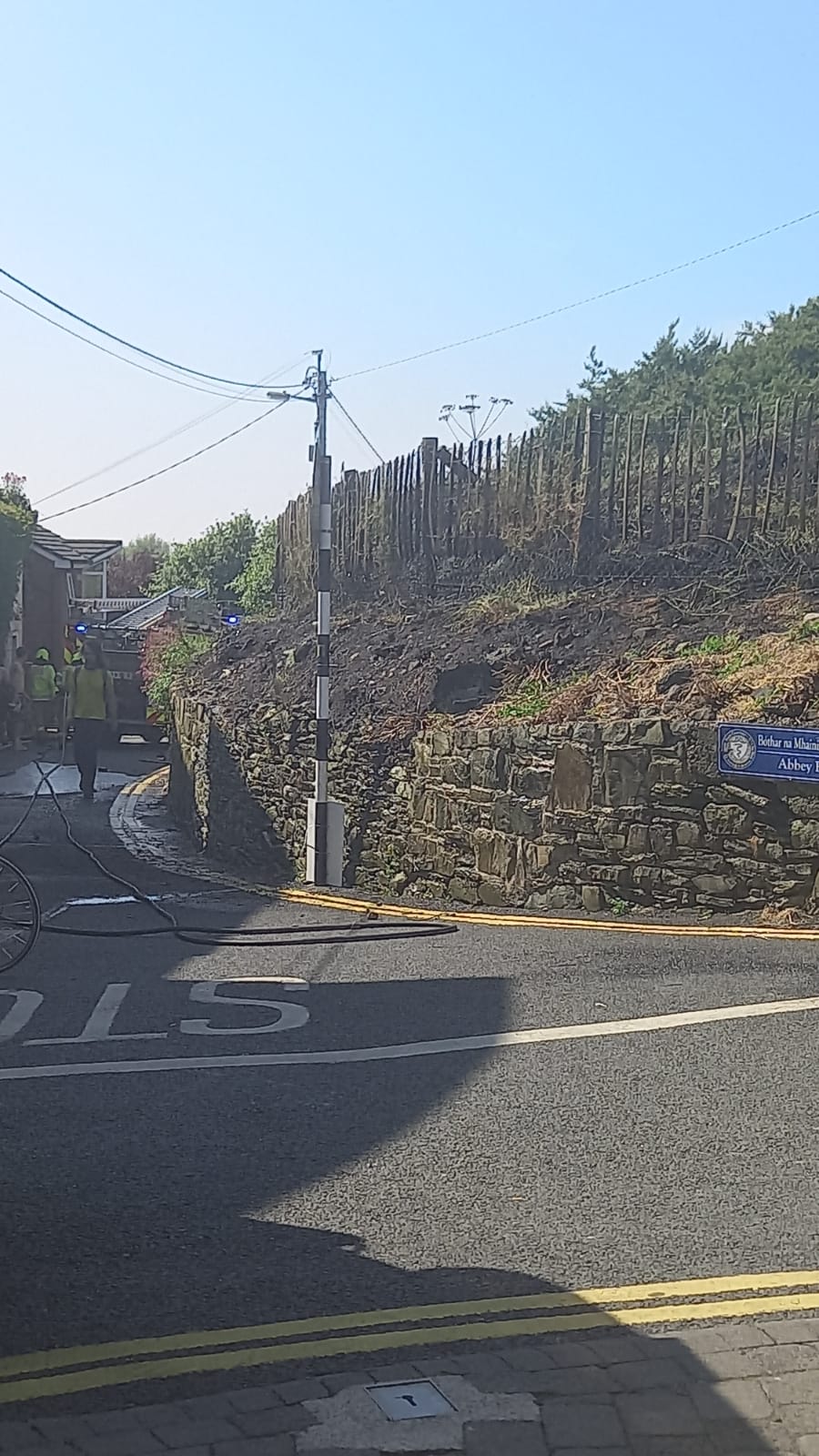 The National Monuments Service has recorded the Moat and because it pre-dates 1750 it is automatically afforded protection.

The moat was first referred to in 705 AD. It was thought to have been built by Maurice Fitzgerald, to whom Naas was granted by Strongbow.

More recently it has been put forward as a possible venue for a heritage centre.

The moat is registered in the ownership of Kildare County Council but the house is not in council ownership.

At least three Fire Service vehicles, including a water tanker,  responded rapidly to the blaze and it was extinguished quickly.

Part of  Abbey Street and a section of the same route which passes between the Swapna restaurant and the Moat Theatre towards the Grand Canal, was closed for a time.

It was not immediately clear how it started.