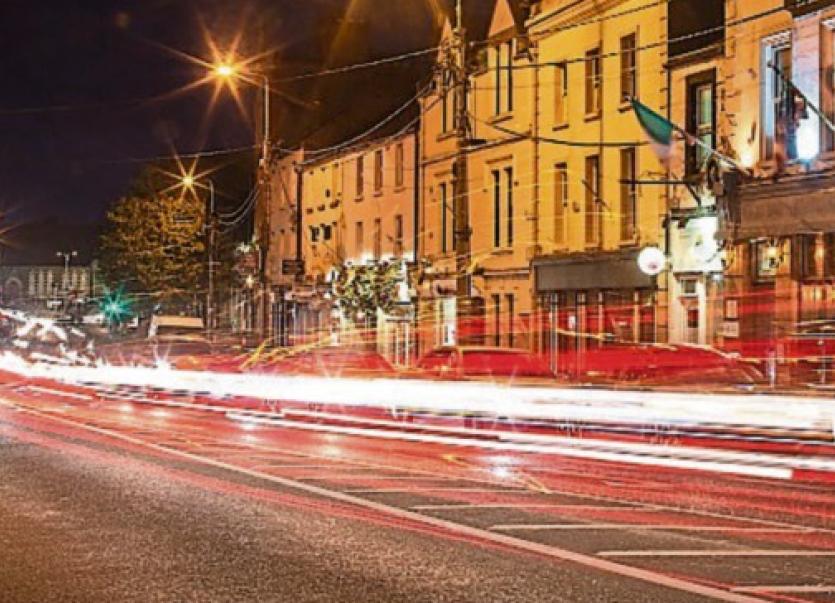 An image of Naas at night. Picture: Andy Davies/Celtic Photography

Pub giant JD Wetherspoon has expressed interest in opening a pub in Naas.

The company, which has 925 pubs across the UK and Ireland, is reportedly interested in opening one of its iconic bars at South Main Street, Naas - at the site of the Forge Inn.

A company representative told the Leinster Leader that it would be “definitely interested” in opening a pub in Naas.

However the spokesperson added “at present we don’t have any sites that we are looking at.”

When the Naas Shopping Centre went for sale less than two years ago its associated properties included the Five Lamps, which is set to become a sister gastro pub of the Monread, and the Forge Inn.

The Forge Inn has been closed for much longer and is likely to be in a worse condition than the Five Lamps, which closed at the end of October 2018.

In March 2018 a fire was deliberately started at the Forge Inn premises causing extensive damage - subsequently costed at €100,000.

Two fire tenders attended the scene of the night time blaze and firefighters used ladders to tackle the flames on the second floor.

JD Wetherspoon was founded in 1979 and opened its first pub on this island in County Antrim in 2000. The first pub the company opened in the Republic was in Blackrock, Dublin, four years later.

It also has an establishment in Carlow town.