Why it's costing us more to die in County Kildare

We're not necessarily all equal in death 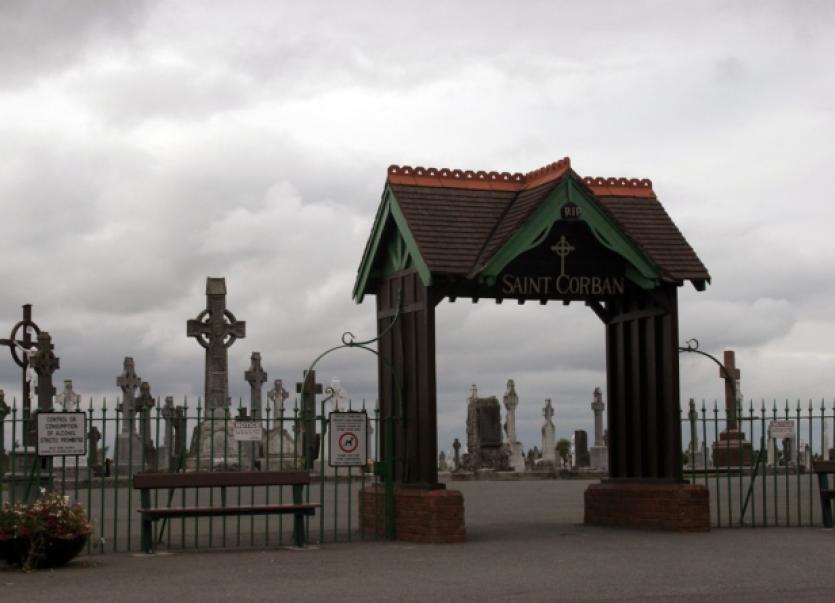 Never mind about the cost of living for a while - it’s the cost of dying that’s bothering some.
Death, in the words of the poet, may be the great leveller.
However the price of it is anything but.

It’s emerged that the cost of dying in County Kildare is much more than two neighbouring countries.

Cllr Kevin Duffy told a county council meeting on May 31 that the cost of a single burial plot in Laois or Offaly is €300 - with no interment fee. Though Laois or Offaly might not be a case of, well, going to a better place.

However within County Kildare the comparable cost is €1,100 along with an interment fee of €150.
He called for a review of these charges and asked if the amount being charged are appropriate.
Cllr Padraig McEvoy said the difference could be explained by the prevailing land prices in the respective counties.
Joe Boland, KCC director of services, noted that a good deal of work has been done on burial grounds in south Kildare but he was happy to review the charges.
The current scale of charges was last reviewed in 2008/9.
At that time, given a significant need to fund a range of cemetery capital upgrades including extensions, a decision was made to increase the then prevailing charges.
“This proved to be a very progressive decision as, in the interim, a suite of very significant projects was delivered,” said Mr Boland.
And he listed the cemeteries that have been extended in the last decade or so - Newbridge, Kildangan/Ballybracken, Monasterevan, Moone, Athy, Castlemitchell, Staplestown, Rathangan, Celbridge, Derrinturn and Crookstown.
In addition, significant internal capital-type improvements were completed in a number of other cemeteries including the provision of columbarium walls (which store cremation urns) at Laraghbryan (Maynooth) and Naas.
The council’s current capital programme includes proposals for further columbarium walls at a number of cemeteries as well as a number of further significant priorities.
More work is planned at other cemeteries including flood protection measures - and some new cemeteries are being planned.
He pointed out that the feasibility of providing extensions can be very costly given the price of acquiring lands in urban areas like Newbridge.

“In addition, the spectrum of construction costs generally has also been escalating. Such costs do not differ unduly between the north and south of the county.”
Mr Boland also said that it might be noted that the price of plots in the greater Dublin area is significantly higher than that which applies in County Kildare.

“This has also led to applications from citizens of those counties to purchase plots (here),” he noted.
You could say that the Dubs are dying to get into County Kildare.