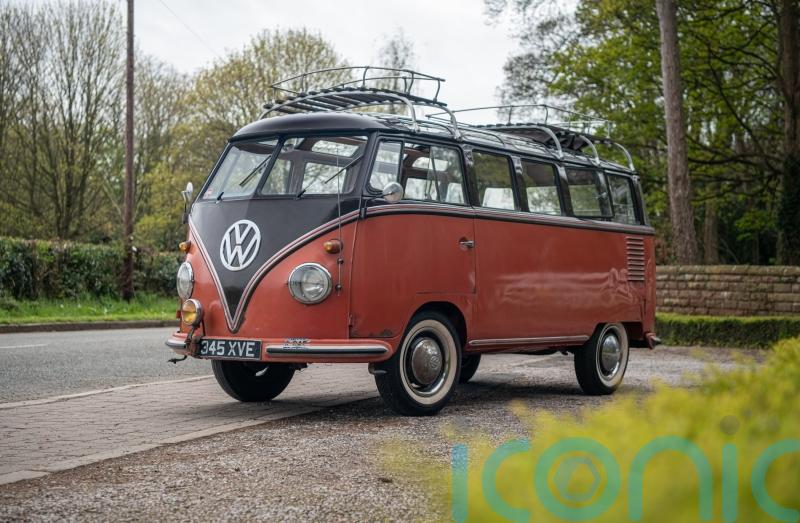 There are few vehicles in the classic car community that create a buzz quite like a Volkswagen Microbus.

That’s why this incredibly rare 1957 23-window VW Microbus Deluxe Samba is expected to fetch such huge sums when it heads to auction.

This particular example was originally sold in the USA, so it’s a left-hand drive model. It was dry-stored for over 30 years before being shipped to the UK where it has undergone a light restoration. However, it has largely been left in its original state.

Its current condition sees the interior left mostly untouched, even coming with the original floor mats that it was fitted with when it came out of the factory 65 years ago. It’s also on steel wheels with whitewall cross-ply tyres for that fully authentic retro look.

Under the bonnet, the Samba’s 1.2-litre engine has been rebuilt to period specifications, meaning it will have just over 50bhp. It is not the original unit that came with the car, but has been mated to the original transmission.

The model has a two-tone orange and black paint job, with visible signs of imperfections to both the paint itself and the bodywork, indicating that there is still some work to be done to get it back to a factory-fresh condition.

The 23-window model was originally designed for touring scenic locations such as the Swiss Alps. The window count includes eight skylights, two curved rear, 10 side windows, a retractable skylight and the split windscreen.

This Microbus is up for auction on Car & Classic, and head of editorial Chris Pollitt said: “At a time when Volkswagen has just announced the launch of its 2022 ID Buzz microbus propelled by the (nowadays) ubiquitous electric power, if you want to experience the real thing it may be hard to choose between the modern, retro design, and this 1957 Samba, which is clearly increasing in value, desirability and rarity.”