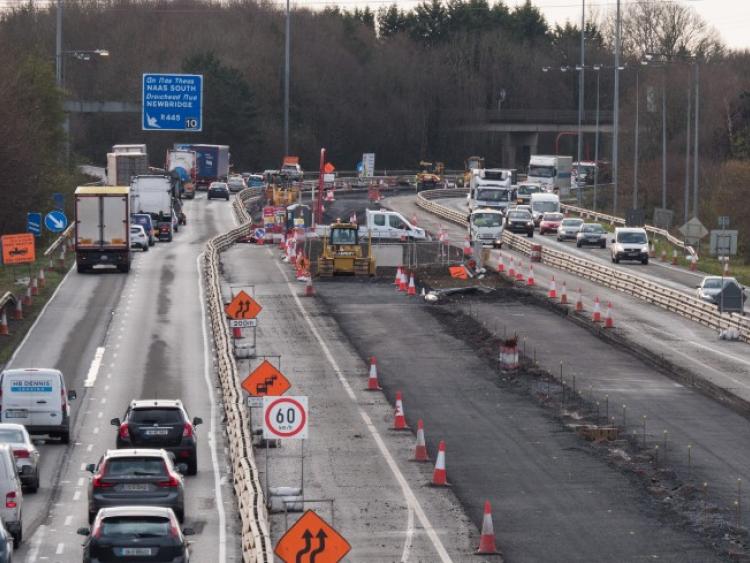 There is further good news for Kildare commuters today with the confirmation that three lanes eastbound (heading towards Dublin) are to open on the M7 motorway between the Kilcullen merge at Junction 11 and the Naas South off-slip at Junction 10.

The three lanes will be open from 6am on Friday, August 2, subject to favourable weather conditions and the completion of all necessary work, according to Kildare County Council.

The works have taken place as part of the multi-million Naas-Newbridge bypass upgrade. Roadworks have been taking place on the N7 and M7 around Naas since January 2018, causing significant delays for commuters travelling in both directions

Motorists are advised that lane restrictions remain in place at the M7/M9 merge points and that an enforced reduced temporary speed limit (between 60km/h and 80km/h) will remain in place from Junction 11(M7/M9 Merge/Diverge) to Junction 8 (Johnstown) while works are ongoing to the verge/hard shoulder area.

Three lanes opened on the other side of the carriageway, in the westbound direction, last week.