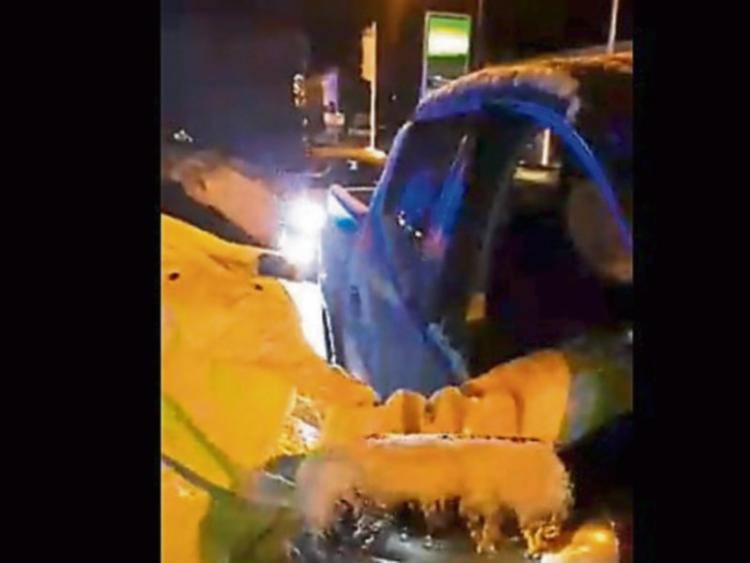 The garda carrying out the breathalyser test in Kilcullen.

Kildare gardai have posted video footage of a man being breathalysed at a checkpoint in the county last night.

The gardai were conducting a Mandatory Intoxicant Testing (MIT) checkpoint on the Naas Road in Kilcullen late yesterday evening.

They broadcast live on Twitter, via Periscope, one man being tested live on camera. A garda instructs the motorist how to blow into the breathalysing equipment. He takes the test, before being told “you’ve passed”.

Separately, one arrest was made on suspicion of drink driving at the checkpoint last night.