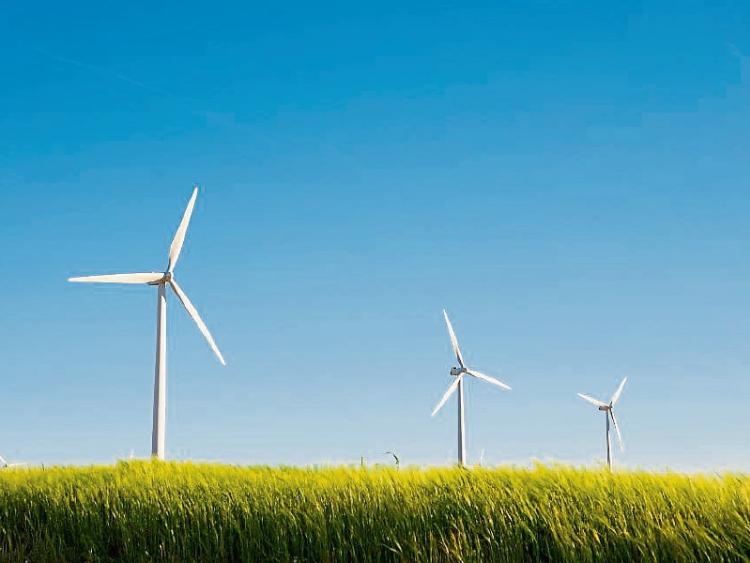 Norwegian energy company Statkraft has sent letters to locals informing of its intention to build five wind turbines in the Ummera area.

It aims to have the wind farm operating between 2023 and 2024 and said it would have the capacity to deliver green energy to 17,000 homes.

The firm aims to lodge a planning application between July and September this year.

According to its documents, the turbines will have a height of 169m metres and will be 680 metres from houses.

The firm said there would be no ‘shadow flicker’ to any homes and all cables would be underground.

The company has sent letters and brochures about the proposals to local residents as it said the Covid-19 health emergency restricts engagement such as face-to-face visits or public meetings.

It said it believes the project “will deliver a significant amount of renewable energy which would play an important part in tackling climate change”.

The proposed location is close to the Blueway - Grand Canal pathway approved by Kildare County Council and Fáilte Ireland.

It is also adjacent to the redevelopment of the Ballykelly Mill into a whiskey distillery.

Local resident Mary Fanning said: “The area has an enormous heritage conservation history going back to 1782 and is where the poet, Gerard Manly Hopkins wrote his poetry and is unique for its wildlife.”

She added: “This development is completely unsuitable for this unique area of beauty.

“There are three heritage thatched cottages in this area and three thoroughbred stud farms.

“We have a beautiful canal bank with the impending Blueway and the redevelopment of the Ballykelly Mill.

“This is going to open up the area to tourists.”

Cllr Kevin Duffy said he was studying the company’s information and the legislation that exists around wind energy farms. The Fine Gael politician urged local residents to give him their feedback on the issue.

The company said: “At Statkraft, we have always been committed to engaging with local individuals and communities at an early stage in the development process.

“We believe this area warrants consideration as it may be suitable for a development that would deliver a significant amount of renewable energy which would play an important role in tackling climate change.

“It is intended to develop this proposal forward over the coming months with the view to lodging a planning application during Q3 of 2020.

“We would hope that as many people as possible would engage with us to provide feedback which would inform the design process of the project with the intention of developing the most suitable proposal.” possible.”