What's On column: New documentary is a fascinating look at journey to the edge of universe 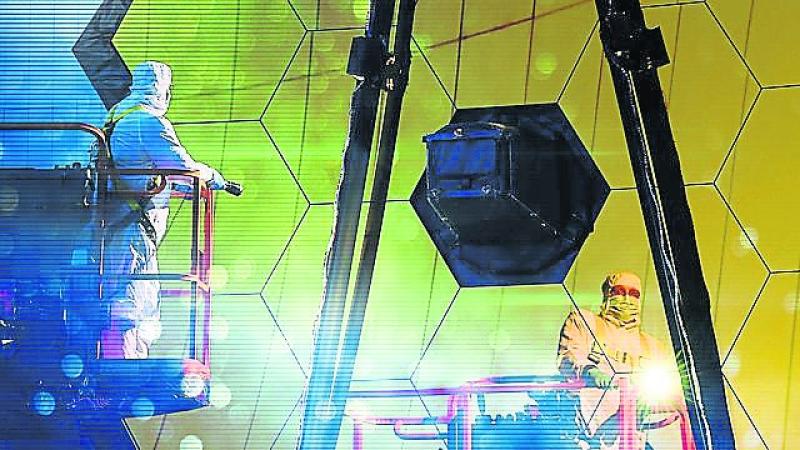 Super Telescope: Mission to the Edge of the Universe

Amid all the doom and gloom of the current news cycle, it’s refreshing when a ‘good news’ story emerges.

Super Telescope: Mission to the Edge of the Universe documents the inside story of the painstaking journey undertaken to build this marvel of engineering. It is currently on the BBC iPlayer.

As soon as the Hubble telescope was operational, we learn, the restless minds of NASA scientists had already begun to consider a worthy successor. The result was the James Webb telescope (named after a former NASA director).

This grand ambition encountered more than a few obstacles. Firstly, the size of the huge mirror that the team envisaged, at 6.5 metres, was too wide to be accommodated in the Ariane 5 rocket that was to take it into space. The solution was an innovative folding system, consisting of 18 separate mirrors that would be focused when in orbit, to act in unison as one large mirror.

The next significant hurdle was the huge heat shield, about the size of a tennis court that would need to be unfurled in space, once the telescope had undocked from the rocket.

Webb’s optical equipment is designed to face away from the sun, and the heat shield is positioned behind the instruments, providing a vital layer of protection from the sun’s rays.

At the launch site in French Guiana, we watch as the precious cargo takes off with hundreds of tonnes of explosive rocket fuel below it, on its way to an eventual orbit 1.5 million kilometres from Earth.

The BBC documentary team were granted access to the mission control room, which gives the viewer a ‘fly on the wall’ view of events as they transpire. The rocket blasts off without incident but when it comes to unfurling the massive heat shield, there is a palpable sense of nervousness in the room when a sensor on board the telescope doesn’t work as anticipated.

Just when it looks like the mission has failed at one of the first hurdles, it turns out to be a false alarm. Just as well, as NASA has no ability to send astronauts to service the telescope because it is too far away from Earth. Had any one of its complex parts failed, it would have rendered futile 30 years of work with a price tag of $10 billion.

In one image released from Webb, we see the Carina Nebula. This has been described as a ‘star nursery’. The bottom part of the image is a humungous cloud of dust hundreds of light-years across that is being compacted.

Under huge pressures, parts of the dust cloud collapse in on themselves and form stars. In this image, the telescope acts like a cosmic ultrasound scan, probing deep into the womb of the Milky Way.

Then there is the majesty of Webb’s first Deep Field image. The photons that constitute the reddest parts of this image were ejected from their stars some 13.1 billion years ago and have spent all that time traversing space, their lonesome journey only ending in the past few months when they were captured by this marvellous telescope.

In this way, the Webb telescope provides us with an opportunity to cast our gaze back in time. It’s not quite time travel in the science fiction sense, but it is remarkable nonetheless.

These images are only the tip of the iceberg. The telescope may also be utilised to detect signs of life on far-flung planets.

Who knows what we might discover in the next decade or so.