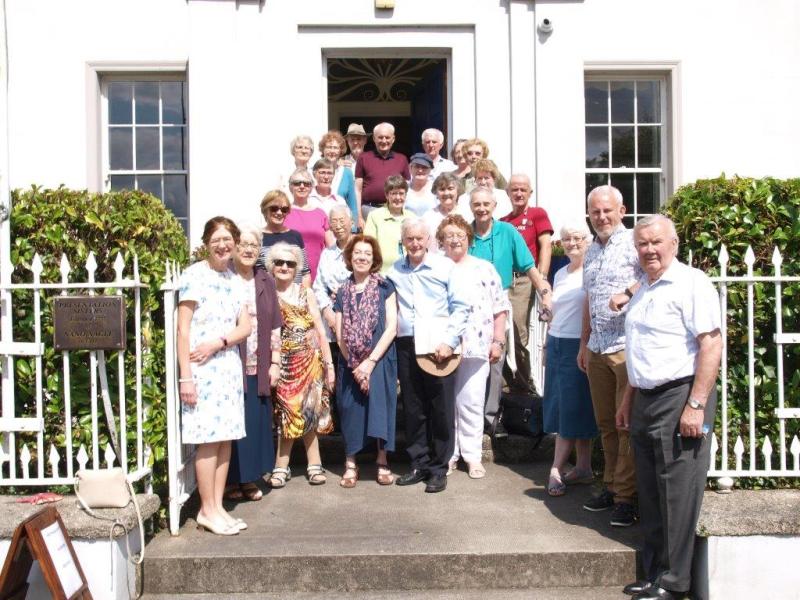 The 35th annual Monasterevin Gerard Manley Hopkins Festival takes place this year in the town on Friday and Saturday, July 29 and 30, and will include a varied and interesting programme of events.

The proceedings will commence with the annual concert in the Baronial Hall, Moore Abbey on Friday, July 29, and will feature local tenor Aaron Doyle who is fast establishing an international reputation across Europe. Prior to the advent of Covid-19, he entertained in many European venues to great acclaim.

He will be accompanied by pianist Donal Hennessy who will be playing the piano which was used to accompany the late John Count McCormack, Ireland’s greatest tenor. In his previous concert in Moore Abbey in 2019, Aaron sang to a packed house. His concert on the Friday night, which commences at 8pm, will include a varied programme including classical, modern and traditional songs.

Earlier on Friday afternoon, an art exhibition entitled Artists For Peace will be on display at the Monasterevin Community Centre and this is being curated by Sr Ann Scully, RSM.

Many local artists will be exhibiting at this event and it reflects the high artistic standards in the area. There will also be a large entry from national artists with many of the works for sale.

The main events will commence on Saturday morning, at 11am in the local Community Centre, with the first lecture, Should Hopkins Have Come To Ireland by Dan Carmody, the current secretary of the Hopkins Society.

In his talk he will explore the experiences of Hopkins in Ireland, its impact on him and his attitude to the Irish through an examination of his correspondence.

It was in Ireland that Hopkins wrote what is now known as the Terrible Sonnets which reflect his mental state brought about by the terrible conditions in the University, his work level, his missing England and the dreadful despondency which had become a feature of his life since his appointment of Professor of Greek and Latin in Dublin.

This will be followed by Richard O’Rourke’s contribution at 12 noon, entitled Hopkins, Punchestown and the Poisoning of the Hounds.

His talk is based on a letter to RW Dixon on December 22, 1887, from Hopkins in which he refers to this event.

Following lunch break, the poet Anni Wilton Jones will read some of her poetry and this will be followed at 3pm by My Favourite Hopkins Poem which will be an open session in which members of the audience can participate.

The Monasterevin Hopkins Society is always interested in promoting scholarship on Hopkins and all things Hopkinsian.

The society is inviting people interested in presenting a paper at their festival to contact them at info@monasterevinhopkinssociety.org.

11am Lecture — Dan Carmody. Should Hopkins Have Come to Ireland ?