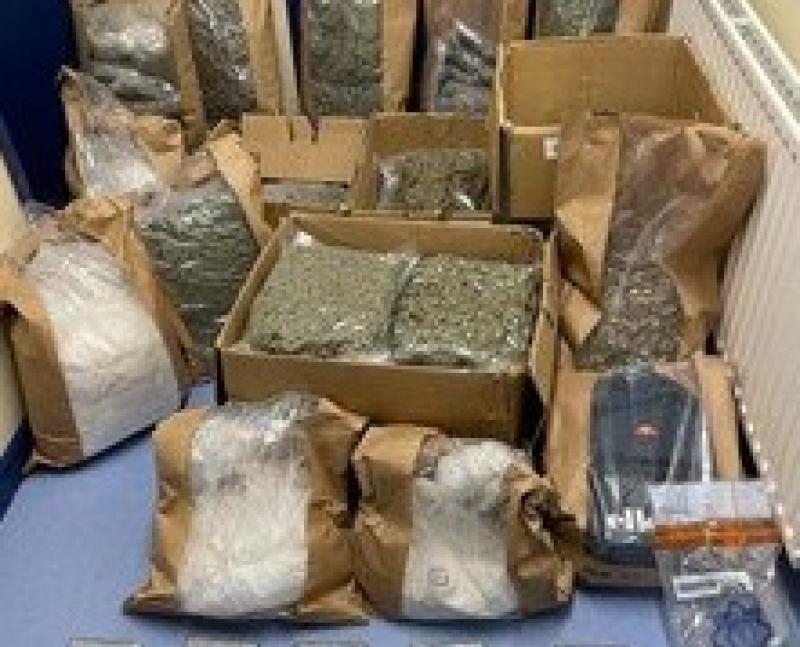 Over €1.5 million of suspected drugs were seized during a raid in Newbridge, Co Kildare, on Saturday.

One man was arrested following Operation Tara searches in Kildare and Meath, which also yielded over €39,000 in cash.

At approximately 11.30am on Saturday, May 7, gardaí intercepted a vehicle on the M1 motorway in County Meath. During the course of a search of this vehicle, approximately €39,750 in cash was located and seized. The occupant of this vehicle, a man in his 20s, was arrested at the scene and taken to Ashbourne Garda Station where he is currently being detained under Section 2 of the Criminal Justice (Drug Trafficking) Act, 1996. 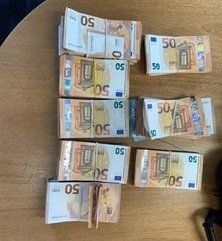 The cash seized in Meath. Pictures: An Garda Siochána

At approximately 12pm on Saturday, a number of properties were searched in the Newbridge area of County Kildare as part of this investigation. Approximately €420,000 of suspected cocaine and €1.12 million of suspected cannabis were seized during the course of a search of one of these properties. Suspected mixing agents and other drug paraphernalia were also seized. All of the drugs seized will now be sent to Forensic Science Ireland for analysis.

This seizure forms part of Operation Tara; an enhanced national anti-drugs strategy, which was launched by Garda Commissioner Drew Harris in July 2021.