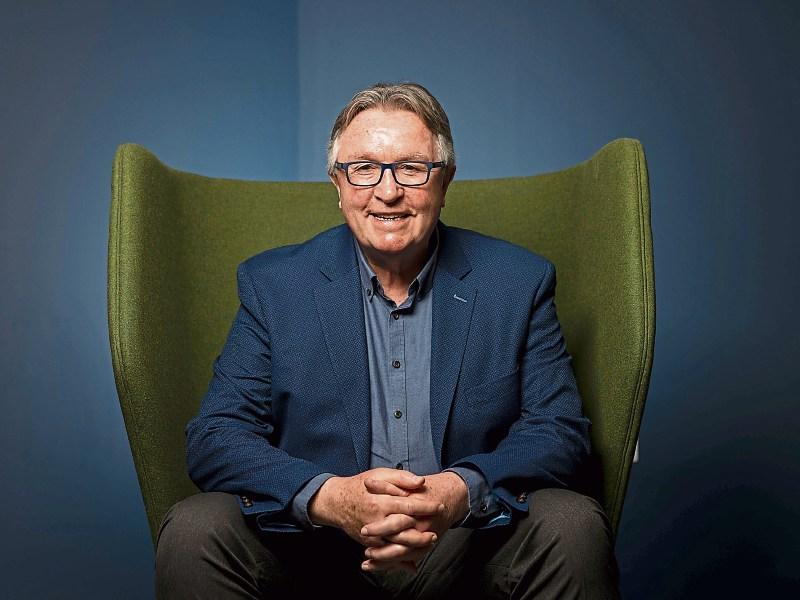 Kildare resident Liam Cassidy, the former head of Oral-B Newbridge and Braun Carlow, has the nickname ‘The Serial Factory Fixer— and he is the man multinationals in the USA, Canada, China, the UK and Ireland have on speed dial.

He has shared the secrets to his success and some very interesting insights into the world of manufacturing in his new book Make Your Factory Great & Keep It That Way.

The Celbridge resident was born in Buncrana, Co Donegal, and grew up in Kilmacrennan, just outside Letterkenny.

He holds a post graduate degree in Education and Training from Sheffield University, as well as a diploma in Manufacturing Management and Operations Management from the Irish Management Institute.

Having started his career with General Motors in the UK, Liam joined the Oral-B plant in Newbridge in the early nineties and became the managing director in 1998. In 2000 Liam was dispatched by the parent company to the Oral-B plant in Iowa City and instructed to prepare it for a closure announcement within two years.

The 311,000 sq ft Oral-B toothbrush plant in Iowa made close to one million toothbrushes a day. However, by the year 2000, the plant was on a precarious path. Product development had been integrated with the parent company, Braun, part of The Gillette Company. That meant the plant’s workforce now competed for new products against facilities in China and Mexico with much lower cost structures.

Charged with what seemed to be an impossible task, Liam set to work, determined to save the Iowa factory. He knew that the competitive power of rapidly and diligently applying lean principles, with the participation of local management and employees, could save almost any factory, including the Iowa plant.

He set about a rapid introduction of a lean turnaround which ultimately saved the factory.

Firstly, he met with union officials to explain what he wanted to do. “We told them the plant could compete, but we had to change and change fast,” Liam said. “We didn’t sugar coat the competitive threat facing the plant’s roughly 750 production and staff employees.

“From day-one, I was saying the ideal number of people in the factory would be 450 to 500 and that’s how it turned out. Shedding people is never pretty. We were very, very honest and just said we need to do painful things but they are necessary to save the plant.”

Based on visits to the shop floor, Liam estimated that at any time at least 30% of the equipment was down awaiting raw materials, maintenance, spare parts or work orders. The supply chain from suppliers through the factory was unstable. There was no regular training for employees, except when new equipment arrived. There was some automation in the molding department, but the level of manual processes was high, higher than at factories in Asia and Mexico, where labour costs were much cheaper.

Liam trained teams of employees, managers, and staff in lean principles, separating those who could not or would not change, and in two years the plant was not just turned around from the brink of closure but ended up being the best performing factory within the Gillette Group. In two years, Liam’s lean transformation had reduced the direct headcount by 38% and improved schedule adherence from 92% to +99%. $16.1 million was saved in reduced costs and productivity increased by 34%.

The Iowa turnaround was a complete surprise to management who were delighted and asked Liam to return to Ireland in 2004 and to take over the complete Ireland Campus which had evolved into Oral-B Newbridge, Braun Carlow and the Oral-B plant in India. He was specifically charged with turning the Carlow Braun plant around or preparing it for closure.

After two years, and under Liam’s stewardship the Carlow plant was in terrific shape but meanwhile Gillette, the parent company had been acquired by Procter & Gamble. Sadly a few years later the Carlow, Braun plant closed due to rationalisation.

Although Liam, who is now a partner in Lean Management with Ohio-headquarterd Altix Consulting, writes about his method for successfully initiating and sustaining change, this isn’t a technical book.

However, there are plenty of insights for dealing with myriad other business challenges, such as improving toxic work cultures, managing change, surviving mergers, rousing dispirited workforces, and dealing with today’s downpour of data.

A natural storyteller, Liam weaves in humorous or poignant anecdotes about some of the personalities and places he encountered in Europe, Asia, and the USA. Although all the factories faced unique threats, there were common qualities too. “Workforces have the same needs all over the world, regardless of where they reside, they want to be respected, and to be acknowledged by having a voice that is listened and responded to.

“They want opportunity for education and development, and to be fairly remunerated so that they can provide security for their families and get great job satisfaction.

“The wonder is why so many organisations struggle to see that.”

Make Your Factory Great & Keep It That Way is published by Bonner Publishing and Ingram Sparke and is available online in both print and e-versions at all major platforms including Amazon, Barnes & Noble, Waterstones, Bookmark, Goodreads and more.

The forward is written by Chet Marchwinski, the former Communications Director of the Lean Enterprise Institute. Print price €24.99 and Kindle €8.99.