Forever remembered as the most thoughtful, kind hearted, generous wife, mother and grandmother 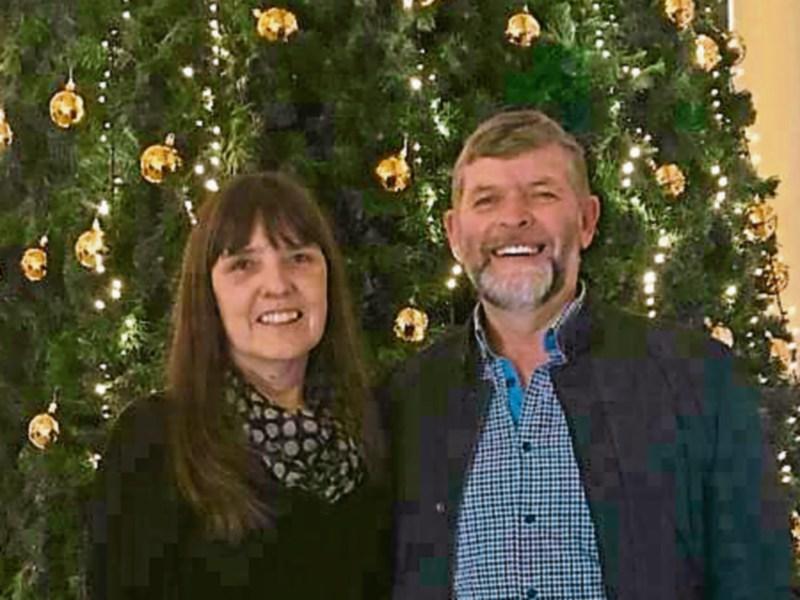 The late Shirley Melia, Monasterevin, with her husband Ger

A cloud of shock and despair descended on the town of Monasterevan and surrounding areas on Wednesday, September 22 2021, as the devastating news filtered through of the tragic and untimely death of Shirley Melia.

Shirley was a reserved, unassuming, hardworking and determined lady who was well thought of by everybody who knew her.

Born on March 29, 1963, Shirley was the second youngest of 10 children and was reared in Ayr Hill House. Her father, Archie Worrell, passed away in 1974 when Shirley was just 11 years of age leaving her mother Charlotte (Iny), née Crampton, to rear 10 children and work the family farm.

Her brother Godfrey and sister Mavis have fond memories of their time spent growing up with Shirley, working the fields, driving tractors and getting up to mischief.

Shirley attended St John’s National School in Monasterevin for her primary education before beginning her secondary education at Dundalk Grammar School, along with her younger sister Mavis.

Shirley and Mavis always shared a distinct connection and friendship that grew with them throughout their lives. It was in Dundalk that she developed her love of Home Economics, hockey and badminton. Shirley then took up her schooling closer to home at St Paul’s Secondary School in Monasterevin where she was awarded Student of the Year in sixth Year.

She was always extremely diligent, studious and highly intelligent and this was reflected in her chosen vocation of nursing. She was such a well-rounded individual that she could have progressed into any profession she wished.

Shirley studied intellectual disability nursing in Moore Abbey and was awarded her certificate in 1986. She continued to work in Moore Abbey for some time before moving onto Cheeverstown. Her caring, kind and compassionate nature shone through in her profession as she touched the hearts of every colleague, client or family member who had the privilege of knowing her. 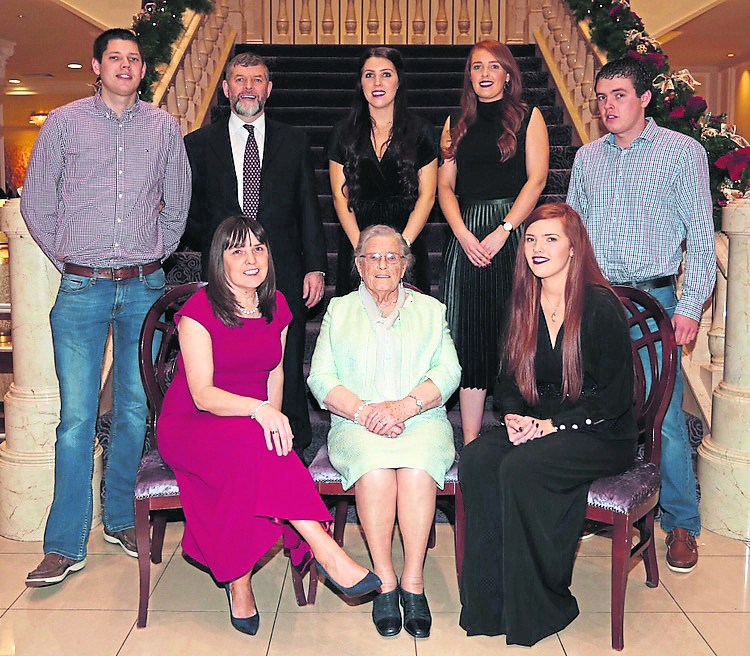 She was accompanied on her journey through life by her husband Ger. They first met in 1979 when she was just 16 years old down at the local tennis courts. It was from there that their relationship flourished.

They built their first family home in Stramillian before marrying on April 12 1986.

Two years later they welcomed the birth of their first child, Sharon. Sinéad was born in 1990 with their first son, Stephen, following in 1993. Shirley and Ger built their current home at Nurney Road before welcoming Aidan in 1995 and their youngest daughter, Claire, arrived four years later.

Shirley treasured each one of her children dearly and devoted her life to looking after and caring for them. As they grew up and began to develop their interests in sports, horses and cars she fostered their enthusiasm, making many precious family memories together in doing so. She was extremely proud of each of her five children.

Shirley and Ger shared a special bond and understanding. They were inseparable, never without one another, supporting their children in all their endeavours. They sponsored many school, club and county football and basketball teams over the years, ensuring that they were well kitted out for seasons on end. They complimented one another perfectly. Their partnership was one of utter love, respect and adoration.

Shirley was an elegant and youthful looking lady, being confused for her daughters on more than one occasion! Her style was simple and tasteful.

Shirley had the ability to turn her hand to anything. She had a keen interest in any craftwork, knitting, sewing, crocheting, dress making, liquid embroidery, gardening and flower arranging to name but a few. She was a knowledgeable, competitive and determined lady.

She ensured that she always did her best at whatever was thrown her way. Shirley and Ger enjoyed welcoming others into their home over the years. Their ability to host parties and celebrations throughout the years was second to none. Nothing was ever spared. Her talent for baking was reflected in the array of cakes she produced year on year for each of her childrens’ birthdays. No one ever left the house hungry with friends and family commenting on her ability to cater for hordes of people at her ease. She was a perfectionist through and through and never did anything by half measures.

She spent some time on the local community games committee, introducing many events such as handwriting, project work and choir, competitions that the town had not entered in prior to this. She ensured to offer the opportunity for inclusion, catering for all who were interested.

She had excellent organisational skills and spearheaded fundraising events for the three local primary schools through the Red Lad’s Threshing. The children in the three primary schools also benefited from her generosity when she organised and supplied the goods for their annual Christmas parties for at least a decade.

When Shirley’s children were grown up, she carried on her love of caring for children when Aibí, Aoife and Niamh were lucky enough to encounter her loving nature for some years, until Shirley’s mother Iny had a greater need for her company and support at home.

She loved spending time with her grand-nephew Conor, ensuring that he never left the house without making pancakes. They brought her great joy and offered her the opportunity to revisit and share the many talents that she cultivated throughout her life.

Shirley had a special relationship with her mother, Iny. Her love and devotion towards her knew no bounds and she was privileged to care for her throughout her life. Iny was always involved in collections for the Irish Cancer Society on Daffodil Day and Shirley supported her with this going above and beyond to organise events for this worthy cause, the most notable being the St. Patrick’s Day parade float.

Shirley and Iny had a unique bond that grew with them throughout their entire lives. Her sister Mavis and brother Godfrey offered invaluable support to Shirley all through her life, especially in the year following their mother’s passing in September 2020.

Shirley’s pride of place to holiday was Tramore where the family have spent their summers for the past 33 years. She enjoyed passing the day at the beach with her family, spending time in the amusements, taking long strolls out to The Cove or taking in the sun on the veranda.

Iny loved to accompany the family on their holidays in Tramore over the years. Shirley and Iny had their own spot down at the beach where they enjoyed taking in the comings and goings for hours on end. In recent years, Shirley and Ger set their sights further afield travelling to numerous European countries and the US, supporting Claire on her sporting ventures.

Shirley was so proud to welcome her first granddaughter Molly two years ago. They adored one another and shared many happy memories over their 18 months together.

From daily walks, baking and playing outside to her tickles on the beanbag and trips to Tramore, she cared for and minded Molly with the same love that she adorned upon her five children throughout her life.

In good times and bad, Shirley was never one for holding grudges. She was a lady who would go above and beyond to do anything for others, ensuring not to offend anyone along the way.

She had a considerate, compassionate and caring persona. Shirley was a family woman through and through. She visited her many aunts and uncles throughout her life with her mother Iny. She idolised her numerous nieces and nephews, giving so much of her life to them all, particularly her godchildren Sarah, Gary and Karen.

Over the years they encountered her love, attention and gentle nature on an ongoing basis.

She went above and beyond for them all, but always held a special place in her heart for her nephew Niall, who she cared for with love and adoration, especially in his early years when her nursing profession was called upon.

Shirley is sorely missed and will be forever remembered as the most thoughtful, kind hearted, generous and gentle wife, mother, grandmother, sister, mother-in-law, sister-in-law, niece, cousin, friend and neighbour.

She will never be forgotten and the memories that she made with her family will be treasured forever.