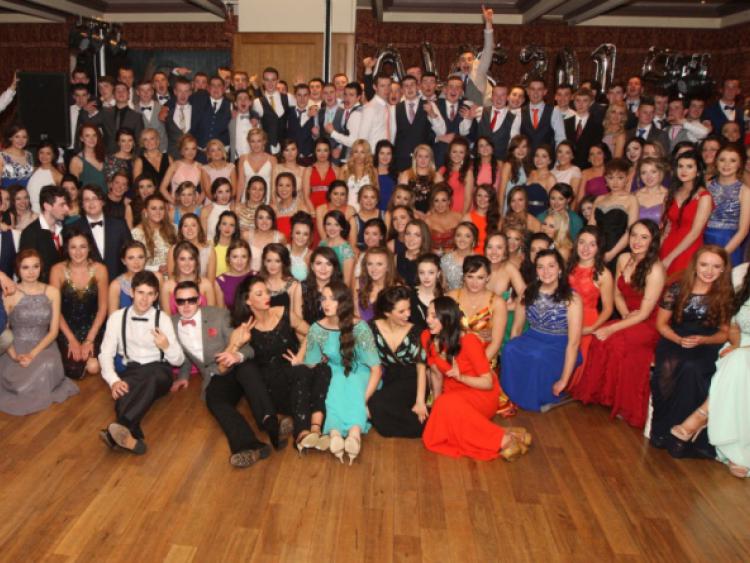 I saw the first busload of debs drive through town the other day.

Chaps in penguin suits, girls decked out like junior Jenners, all looking fabulous and on their way to the ‘best night of their young lives’.

But is it really? It brought me back to my own debs dance, some 20 – gulp – years ago this summer.

And I can say without any reservation that, good and all as I presume the evening was, I actually remember very little of it.

And that isn’t because I was flutered on illicit Buckfast cocktails for the night.

I was a cookie-cutter good girl and, more importantly, a two-Bulmers fallover, which was as convenient as it was cheap back in the day. So I drank disgracefully little for a teenager.

No, what I remember most vividly is the run-up to the debs, the anticipation and the planning and plotting.

Not that we had to do half the grooming and preparation that seems to go on nowadays.

Salon packages with manicures and tans? Not in the days of grunge.

I think I brushed my hair, plonked on my massive glasses and, I hope, found a pair of high-heeled shoes. Though I’m pretty sure that I had to be surgically removed from my Doc Martensfor the night.

This being the mid-nineties, I think there was a lot of velvet and spaghetti straps on display in the Hotel Keadeen ballroom.

And most of us were wearing a lot of that green gunky Rimmel under-foundation concealer.

The one that sucked every bit of colour from your face so you could paint it chalky white and then load on the ‘Heather Shimmer’ lipstick.

I don’t think I know a single person who wore fake tan.

My own dress was a navy blue satiny yoke with lace sleeves, made by a local dressmaker.

I squirm in horror looking back, but I was a fat teenager and it actually looked all right on the night – better than I’d hoped anyhow.

The planning – who was going to bring who and how we were going to get there – was tackled in the bathroom of Nijinskys, that nightclub of legend on the Curragh, on the Saturday nights when we got the one-pound minibus out from beside Coffey’s pub in Newbridge.

We spent as much time sitting on the disgusting floor of that bathroom gossiping and plotting than we did moshing on the dancefloor. (Again, this was the nineties. There was also a lot of mooning around to Pearl Jam’s Black).

I don’t really remember the meal or the formal dancing or the photos or ‘who brought who’ or the trip bowling afterwards.

I do remember chilling out late at night in a group, plonked in a corridor in the hotel, having a few pints of cider with a bunch of pals. I remember a few of us walking home together in the dawn. We’d all scatter soon after, without the safety net of  social media to keep many of us in touch throughout the college years.

A good night? Sure, but there was more memorable that summer. So if your debs is yet to come this year, don’t stress it. Enjoy the planning and the plotting and the time with your friends. Because that is what you’ll remember of it in two decades time.

- This article first appeared in the July 28, 2015 edition of the Leinster Leader