Zoom meetings from Hawaii to Lagos, Athy and Newbridge 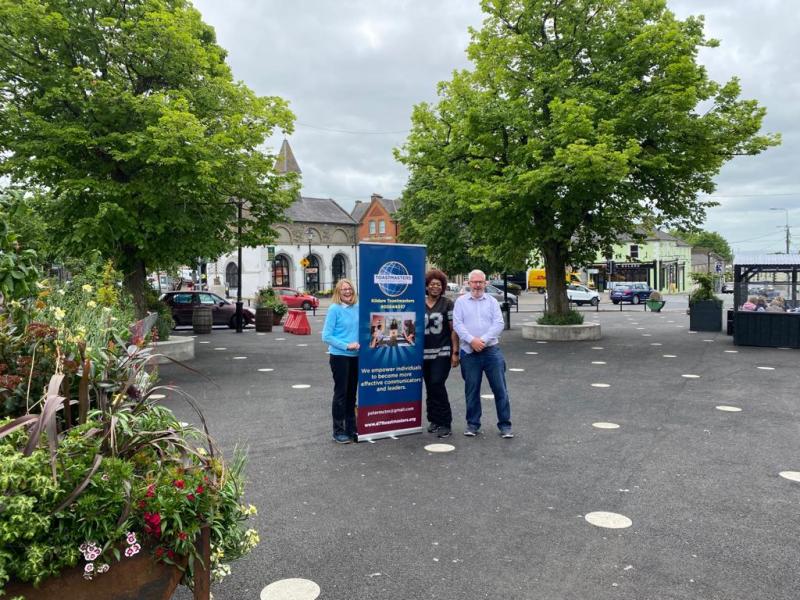 It’s been a whirlwind of a year in Kildare Toastmasters, according to group PRO, Edel Reynolds.

"We’ve seen the club double in membership despite the pandemic, we’ve welcomed many new members and seen members progress their skills significantly all while having fun along the way. We’ve zoomed into meetings as far away as Hawaii and Lagos and as local as Athy and Newbridge," she said.

"Peter was awarded first place in the area 28 evaluations contest and went to on be placed second in the Division D Final, a huge achievement, well done Peter."

Edel explained how the club had the opportunity, when restrictions allowed, of having successful events this year.

"We participated in the Irish Makers Market in the Square in Kildare Town. We really appreciated being
part of this fantastic initiative."

They also took part in the Tour of The National Stud.

"A huge thanks you to our friends in the National Stud who facilitated some tours for our members. We thoroughly enjoyed the tour and the racing experience. We have a number of joined meetings during the year with other clubs, but the icing on the cake was our International Meeting back in May, with a theme of building connections, attended by 50 toastmasters representing 22 counties. What a joy that night was," added Edel.

Further congratulations to Anthony, who was awarded an Innovative Public Relations Award from District 71, recognising his exceptional contribution to Toastmasters this year and to Matty Behan, who was awarded the Division N Best Event Timer.

Edel congratuled the new committee, who have been busy over the summer making plans for the next
season.

"Congratulations to David Clinton, our member who achieved the Distinguished Toastmaster Award
(DTM). This is an award which only a small percentage of toastmasters achieve each year, well done David! Congratulations to Rob Healy who was recently accepted to the Doctorate of Engineering programme in the University of Limerick, best of luck Rob! Our meetings take place on the 2nd and 4th Tuesday of each month, starting at 7.20pm, the next one is on September 14. Stay tuned to our Facebook and new Instagram page, Kildaretoastmastersirl for details for our upcoming meetings. Guests are always welcome," she concluded.