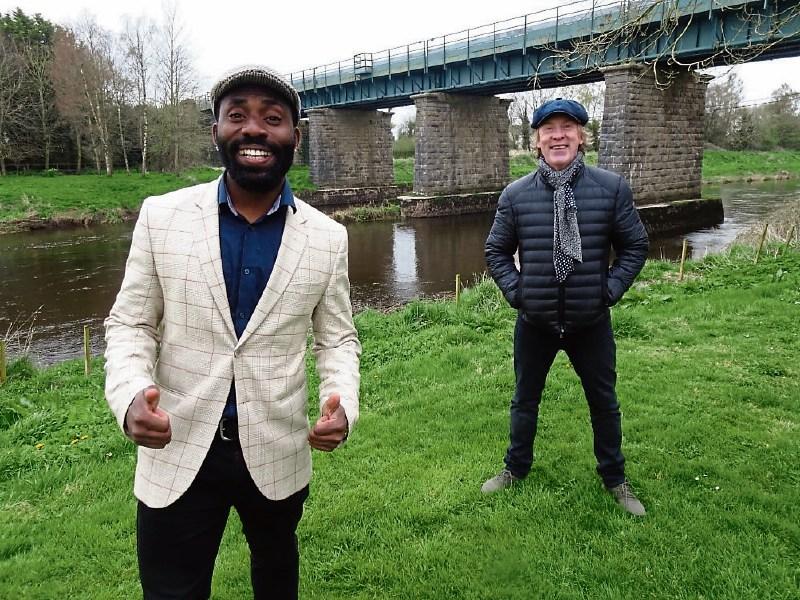 Black Paddy has hundreds of thousands of followers on social media such as Facebook, Instagram and TikTok.

The funnyman is based in Kildare and posts regular comedy videos which have built up a loyal fanbase.

The new show is part of a schedule of programmes which coincide with TG4’s 25th birthday.

Also coming soon is a documentary series Misneach, shows the treatment of whistle-blowers in Ireland, who have bravely taken a stand against wrongdoing in the workplace.

A year-long look at Dublin Bay, one of Ireland’s most iconic and unique ecosystems is explored in An Cuan.

Inspired by the Coronavirus pandemic Go mBeirimid Beo, is a tongue-in-cheek look at apocalypses past, present and future, and how we as a nation have prepared for them.

History documentary Áille ar Airgead follows the lives of two remarkable women; Mary Cunningham from the Donegal Gaeltacht who became the face of America’s Golden Dollar and Hazel Lavery born in the United States, who graced the first banknote of independent Ireland.

Violet Gibson An tÉireannach Mná a Lámhach Mussolini tells the story of the Irish woman who almost assassinated the Italian dictator.

Colm Cille An Naomh Dána will celebrate birth of the revered but troublemaker saint who was born 1500 years ago.

Sustainable fashion features in new entertainment series Éadaí SOS presented by newcomers Caoimhe Ní Chathail and Proinsias Ó Coinn. Ladies club footballers from around the country will be put to the test in this season’s Underdogs.

The search for a young Eurovision star to represent Ireland in Paris in Junior Eurovision will be presented by Louise Cantillon.

Gradam Ceoil TG4 will award recipients of Gradam Ceoil on Halloween night to mark the 25th anniversary of TG4 with a gala event in Belfast.

Daniel O’Donnell will play homage to Philomena Begley who is sixty years on the road this year in the new season of Opry le Daniel.

TG4 will also show 26 games from the new United Rugby Championship on Rugbaí Beo which begins at the end of September.