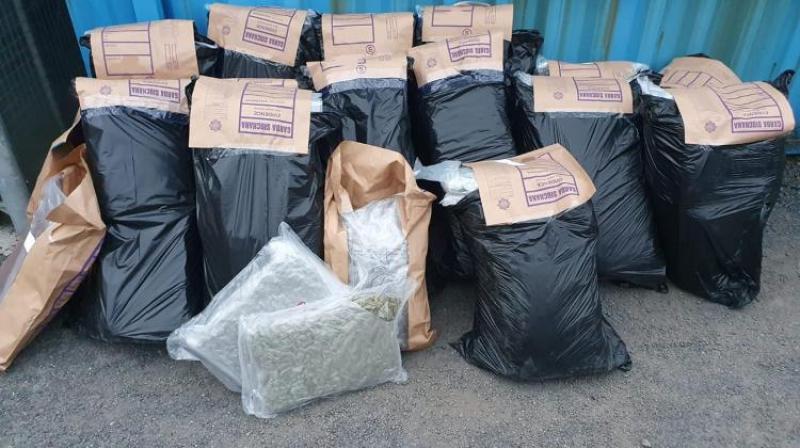 The drugs that were seized

A Lithuanian man has been remanded in custody in connection with the seizure of suspected cannabis worth an estimated €2.1m in Emo, on the Kildare-Laois border, last Monday.

Detective Garda Gerard Galwey sought a remand in custody for directions from the DPP.

Suzanne Dooner, BL, instructed by solicitor Barry Fitzgerald, said there would be no application for bail.

Mr Sakalis is accused of possession of drugs for sale or supply at Cappakeel, Emo, Portlaoise, on August 30.

Judge Catherine Staines remanded the accused in custody to Cloverhill District Court on September 8 next.

Mr Sakalis, wearing a yellow high visibility jacket and dark trousers, did not speak during his brief appearance and was assisted by a Lithuanian language interpreter.