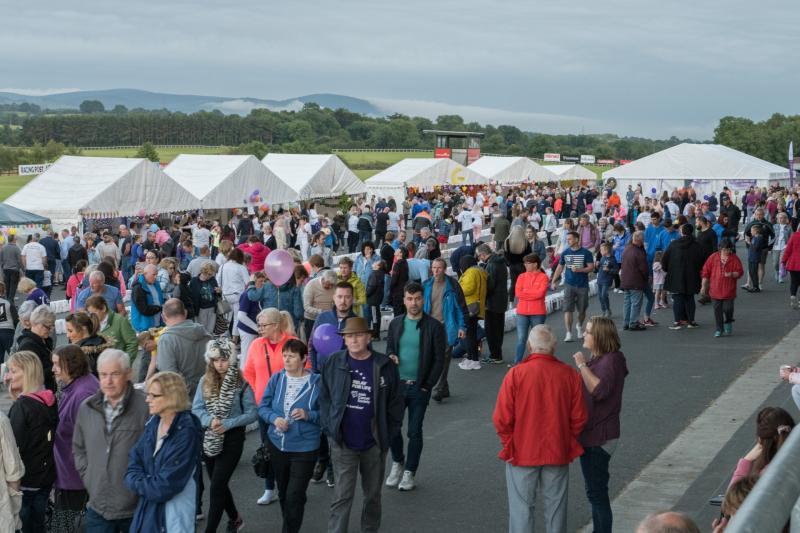 With Relay for Life Kildare on the horizon, committee member Peter O'Neill gives us an account of the event which is aimed at raising awareness and funds in the fight against cancer.

"As we now enter into the month of August, Relay weekend is fast approaching (21 and 22 of the month) and team activities are picking up some pace. Arrangements for the committee Virtual Candle of Hope Ceremony are also coming together.

"Team Amy’s Angels have held their sponsored walk and team Breda’s Warriors  are ready for their 109km walk. The first leg starts in Athy 21 at 1pm and hits Rathangan at 20.30 hours and second leg takes in Kill, Prosperous, Clane, and Sallins, reaching Naas ring road at approximately 05.00 hours and finally, the last leg goes from the ring road through Newbridge, Kilcullen and finishing back at the entrance to Naas Racecourse at 1pm on August 22.

"Team Caroline’s Crackers hold their 24 hour wheelbarrow push around Newbridge and no doubt this will create an amount of interest in the town and Caroline welcomes people to join in and walk along and support Relay. Team Cairde le Cheile, led by Sinead and Harley, host their head shave on the Green in Pairc Mhuire on August 21 at 6.30pm with hairdresser Natasha Caffrey, herself a cancer survivor, doing the honours.

"Team Nancer from Athy also have a busy 24 hours with Patrick and some friends doing a 40km walk from Athy, taking in Kilmead, St. Laurances, Ballitore, Castledermot and arriving Kilkea around 18.00 hours. Another team involved in the event is Marie’s March with their trek up Church Mountain on August 14 at 13.00 hours and this is in honour of Marie who participated in many Relays as a survivor but sadly lost her battle to cancer in 2018.

"There will also be a coffee morning from Team Spirit with dates yet to be confirmed.

"Finally Team Moorefield host a number of fundraisers within the club, culminating with Mini Moores donating all funds raised on August 28 to Relay for Life.

"As indicated earlier the Candle of Hope Ceremony takes on a different and novel dimension with different locations for sections thus showing off many parts of County Kildare. This will then be shown first on August 21 at approximately 9.30pm on the Relay for Life Kildare Facebook page, and as in 2020, will be viewed in many parts of the world.

"We hope to see as many as possible out to support these teams with their fundraising activities and further information may be viewed on the relay Facebook page and donations come through just giving.com/campaign/ relayforlife-kildare.