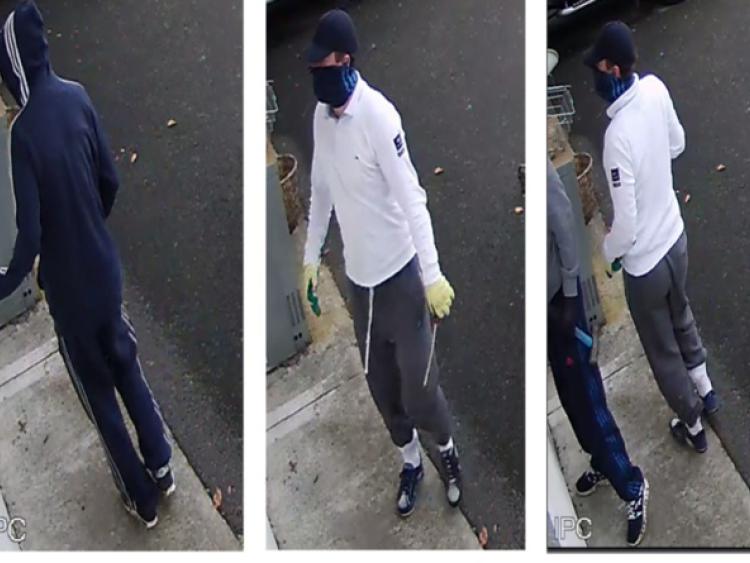 AN appeal has gone out to to the public to help with identifying people who broke into a house in the Kilshanroe area of Enfield on Sunday, 17 August.

AN appeal has gone out to to the public to help with identifying people who broke into a house in the Kilshanroe area of Enfield on Sunday, 17 August.

Several thousands euro worth of possession were stolen and the interior of the house was damaged by what appears to be a group of three men involved.

A part of the property was occupied at the time, around 5.15pm, and the thieves fled after being confronted.

Three people were seen and are believed to have escaped in a Volvo S60.

Gardai were on the scene very quickly - the householder described them as “fantastic”- and a technical examination of the house was carried out.

Sources in the area, who are involved in the text alert schemes, say there have been a large number of incidents in the Kilshanoe district the last six to eight weeks.

The community has noticed a number of groups in what is a very rural area.

It is believed that the group may have robbed some other houses in Kildare on the day.

Clothes wise, they appear to have come well prepared to avoid identifcation.