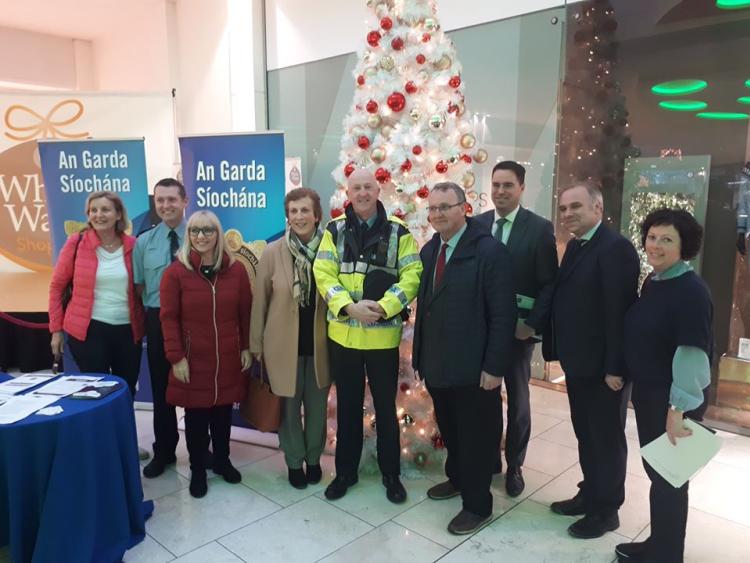 Gardai pictured with local councillors at the launch of the Newbridge Business Watch Pic: An Garda Siochana

SEE ALSO: Gardai carry out armed checkpoints during 'day of action' against crime in Athy

Business Watch is a Crime Prevention Programme designed by An Garda Síochána.

According to Kildare Garda Division, the scheme is founded on the same principles as Neighbourhood Watch, that is the practice of both the Gardaí and the community coming together to prevent and reduce crime.

The only difference being that the community, which this scheme targets, is the business community.

The scheme starts from the basic premise that businesses can play a vital role in the fight to prevent the massive losses to the business community and society caused by crime.

Business Watch provides a framework within which the business community can join together and be instrumental in preventing crime in their own community.