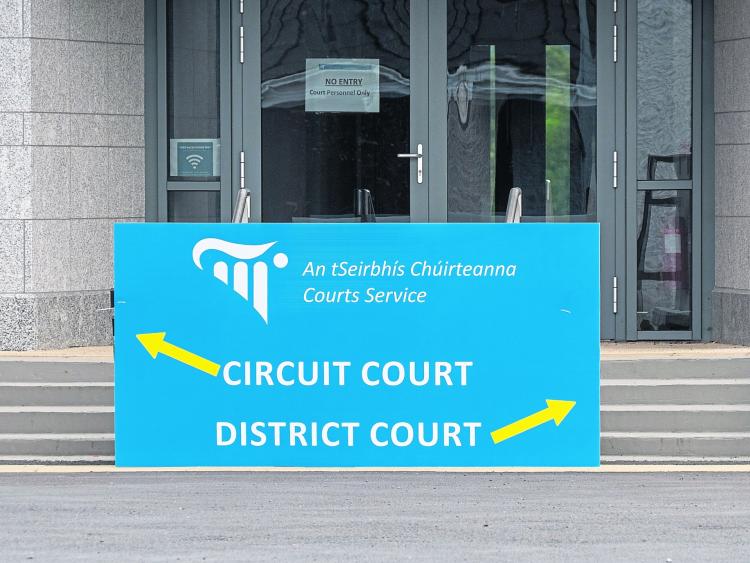 Naas court, which has been sitting at Naas Racecourse

A man whose involvement in a west Kildare burglary was detected partly by blood testing has been jailed for 11 months.

“The drugs had me going down the wrong road,” James Carroll, 25, of 29 Kilmartin Green, Tallaght, told Naas District Court on November 13.

Mr Carroll was before the court on a charge of criminal damage and theft at a property in Pluckerstown, Kilmeague on July 19, 2017.

Mr Carroll, who was in custody on other matters, pleaded guilty to the offences.

Outlining the offences to the court, Garda Sergeant Jim Kelly, said that a detective garda was sent to a property at Pluckerstown.

He found that damage had been caused to a door and a concrete block had been thrown through a window.
The damage amounted to €1,200. In addition, jewellery, valued at €1,200, as well as €30 in cash was taken.

Gardai found a blood sample at the scene and after tests were done, it was linked to Mr Carroll and he was subsequently arrested.

Sgt Kelly said that Mr Carroll had 54 previous convictions. Of these, 15 were for theft and six were for burglaries. One was for robbery.

Sgt Kelly outlined details of many of these convictions, which showed that Mr Carroll has spent some time in jail.

In February 2018, for example, he received a seven month jail sentence, for handling stolen property. His last burglary conviction was in 2015.

That same year, he received a five-year sentence for robbery at Dublin Circuit Court, with three of the years suspended.

Judge Desmond Zaidan began to ask that the handcuffs be removed from Mr Carroll when he was giving evidence.

Sgt Kelly said Mr Carroll was “a significant security risk”. The judge asked Ms Connolly if she wanted to hear the evidence on the security risk and she replied “no.”

Mr Carroll, who remained in handcuffs, said he was 25 years old and “mad on drugs.” He then said: “I pleaded guilty because I want to try and turn my life around.”

He described how he has used crack cocaine and heroin.

Ms Connolly said her client was drug free at the moment and sought “some hope from the court”.