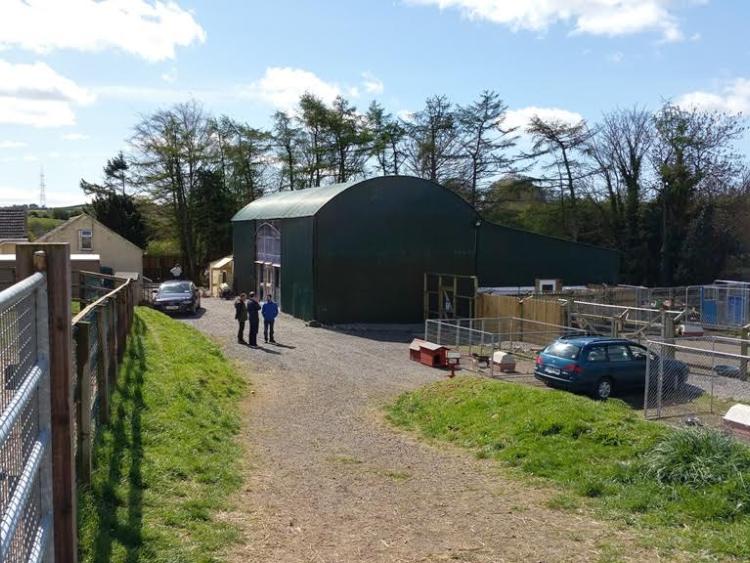 The current shelter is based near Athgarvan

An Bord Pleanala has overturned a decision by Kildare County Council by granting the KWWSPCA permission to stay at its present location outside Newbridge for another two years.

The animal shelter has been located at Oldtown in Athgarvan for the past five years and had applied to the council for retention but was turned down due to poor sight lines when leaving the property.

“We appealed to ABP asking if we could stay for two more years and they have just given us the go-ahead,” said Sally Mc Caffrey, Hon Secretary with the KWWSPCA.

“They overturned the council’s decision because it is a quiet road.”

This will hopefully give the KWWSPCA time to find a new location and more time to raise the much-needed funds.  They are on the lookout for suitable land for sale or would be open to a donation of land. Meanwhile there is still a chance that the property might be sold during this two-year period.

“At the end of January, the KWWSPCA launched a major fundraising campaign for a new shelter and we are delighted with the response,” she added.

“This campaign is ongoing. Many people have already given donations and others have organised and are still organising fundraising events on our behalf, for which we are very grateful. We have so far raised just over €150,000 which is marvellous, but we still have a long way to go as we set ourselves a target of €300,000. Unfortunately, we have not yet found a suitable alternative location. We are looking for some land with existing buildings which could be converted into kennels and stables or land on which a purpose-built shelter could be erected. If anyone could help us find this location, we would be very grateful.”

They are asking that their supporters will appreciate that this is not something that can be done quickly and that the right decision has to be made.

“This will be a major investment for the KWWSPCA and we have to be sure that our supporters’ money is used in the best possible way and that the animals that come into our care will get the best possible facilities that our funds can provide,” she added.

“We are a voluntary organisation and a registered charity and are looking for anyone with spare land for sale for cash buy or to donate  would be much better.”