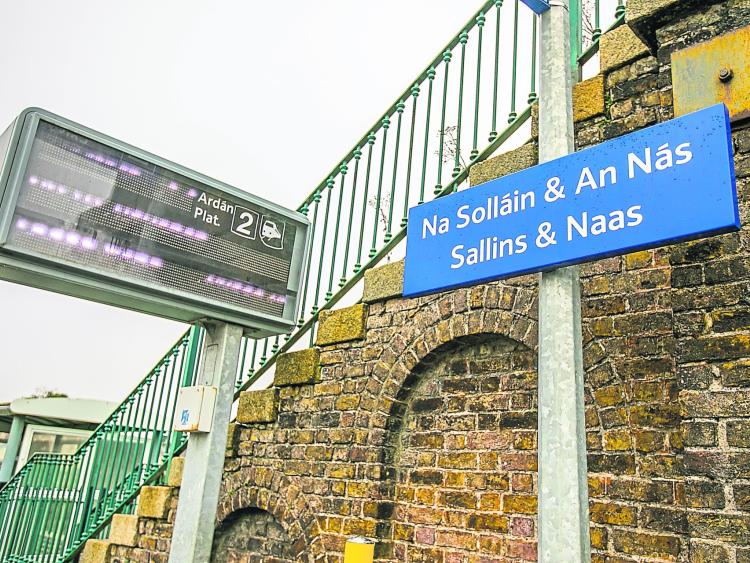 Fianna Fáil TD for Kildare North, James Lawless, has expressed his frustration at the news that the Sallins train station car park extension is not expected to open until next year.

The car park was originally expected to open last month.

Deputy Lawless said he recently wrote to the head of CIÉ about the ongoing delay in opening the planned underground car park at Sallins train station, who confirmed that it is not expected to open until spring in 2020.

Geraldine Finucane, Group Secretary of CIÉ, outlined in her response to Deputy Lawless that the Waterways Development has approximately 200 unused car park spaces and that Irish Rail are very close to agreeing terms with the agents on a lease which would include the necessary remediation works to the car park. The site has suffered flooding in the past and requires substantial repairs to bring it up to the required standard.

Ms Finucane said that it is proposed once a lease agreement is in place, the remediation works will be carried out by contractors on behalf of the owners.

"Based on current information this work should commence in January 2020 with a view to bringing the new 200 space car park into the early quarter 2 2020," she said.

Commenting on the latest update, Deputy Lawless expressed frustration that the parking situation in Sallins will continue under the current severe pressure.

“This much needed project was expected to have been delivered by Autumn of this year, and it is very disappointing that it has progressed so slowly.

"The parking situation at Sallins train station has been at breaking point for some time now and I have been pressing for a car park expansion, raising it in the Dáil with Minister Shane Ross numerous times as well as engaging directly with Irish Rail and the private owners of local sites and I will continue to offer any assistance I can to the parties to see this essential project come on stream.”

Deputy Lawless also commented that the delays in securing extra parking facilities highlights the need for better public transport links to the station.

“The recent changes to the 139, allowing it to be used for short hop journeys from Clane to the station, is only the beginning in terms of what is actually needed to alleviate pressure on parking spaces in the longer term. The feeder bus service between Naas and Sallins is not properly advertised and we also need safer cycling routes and bike storage facilities.”