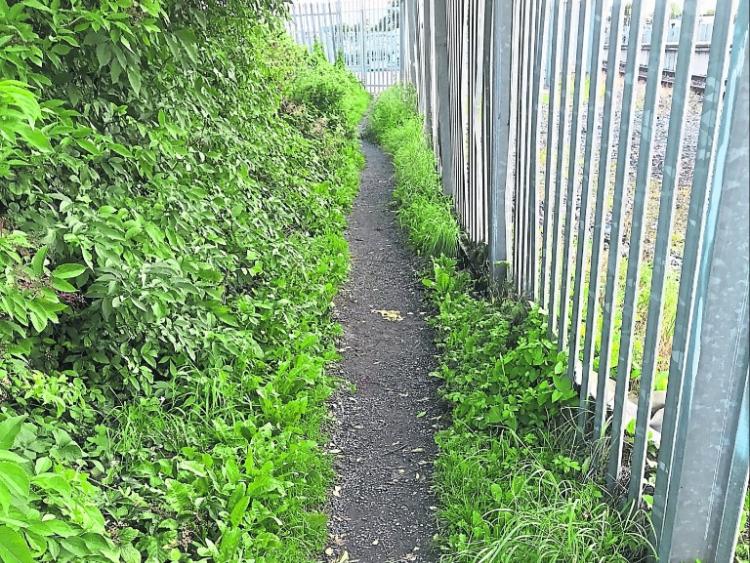 Calls have been made to prevent the closure of a pathway providing a route to the train station in Newbridge.

SEE ALSO: No arrests made after up to 60 people protest outside house in Newbridge

Cllr Heavey is calling on the council to advise members how they are going to engage with Irish Rail to prevent the
closure of the walkway between Newbridge Rail Station and the Ring Of Roseberry (Sexes Bridge).

Signs were erected by Irish Rail adjacent to the footpath advising that “this unauthorised walkway will be closed from September 2019.”

Cllr Heavey said large numbers of people use this path on a daily basis as their access to and from the station, as has been done for many years.

He said this route has also been highlighted for further development in the National Transport Authority Newbridge Town Transport Framework Document 2018.