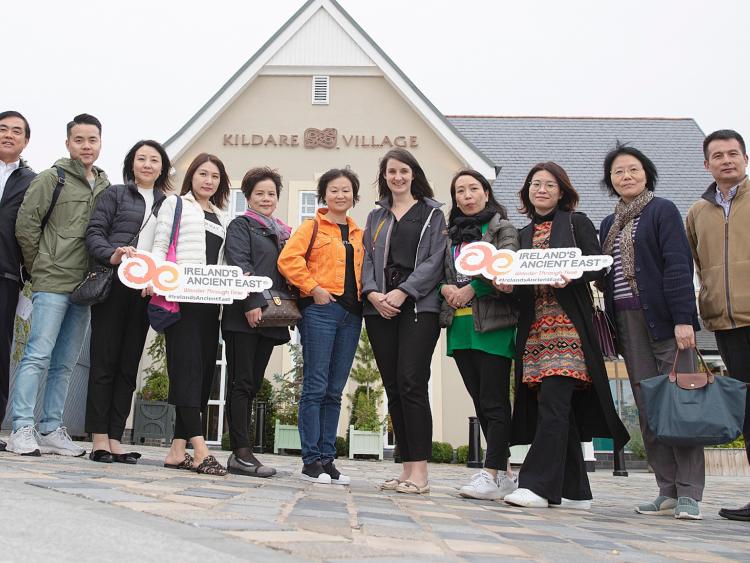 In 1979, diplomatic relations between Ireland and China were formally established.

The 40th anniversary of this significant relationship was marked this week by Fáilte Ireland in collaboration with the Chinese Embassy, and Kildare Tourism with a visit to Kildare Village as well as a major conference entitled ‘Developing Tourism Relationships with China’.

Minister Kevin ‘Boxer’ Moran T.D. opened the conference on behalf of the Irish government at The King’s Inns in Dublin. The conference was attended by His Excellency Xiangdong He, Chinese Ambassador to Ireland, and a special delegation from China which included Government officials and travel buyers brought to Ireland by Shanghai Municipal Administration of Culture and Tourism, along with Irish tourism industry body representatives and members of the Irish tourism industry.
In his address, Kevin ‘Boxer’ Moran T.D., Minister of State for the Office of Public Works

His Excellency Xiangdong He, Chinese Ambassador to Ireland said:
“The number of Chinese citizens visiting Ireland has increased significantly. China also warmly welcomes Irish friends to go
sightseeing in China.”
China is one of the fastest-growing outbound travel markets in the world with numbers mpredicted to grow to 200 million by 2020. This conference provides an excellent opportunity for the Irish tourism industry and State agencies to ensure Ireland
capitalises on this growth.